Apple is keen on converting people into their own customers, and they're aiming at LG smartphone users next. 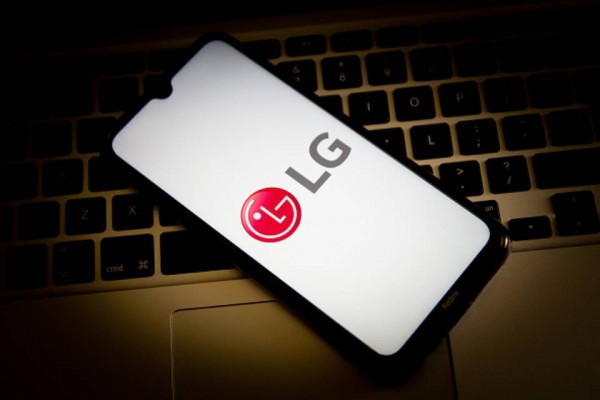 (Photo : Nikolas Joao Kokovlis/SOPA Images/LightRocket via Getty Images)
GREECE - 2021/04/26: In this photo illustration, a LG logo seen displayed on a smartphone screen with a computer keyboard in the background.

According to a report by MacRumors, Apple wants owners of LG smartphones to trade in their devices for a new iPhone. For those who have an eligible phone, you can trade that in for credit which goes to a new iPhone purchase. So, to clear things out: it's not a straight swap. Once you trade your old phone in, you can choose to get store credit or a gift card.

Apple included several LG smartphones into their lineup of accepted devices, which they listed on this link. Any device that isn't eligible for store credit gets recycled as part of the company's renewed focus on environmental protection.

Among the eligible phones from LG include the G8 ThinQ (up to $70 credit), the V50 ThinQ 5G (up to $125), and as much as $180 for the V60 ThinQ 5G. But even if you have the same exact models mentioned here, the credit you get still depends on the device's condition. If it barely has any physical damage such as cracks, scratches, and functions correctly, then you'll get the maximum allowable credit.

Aside from the LG smartphones, Apple is also accepting a wider range of devices from brands such as HTC or Blackberry. Trade those in, and any eligible device model will give you an Apple Gift Card. Samsung devices are also accepted.

With these trade-in incentives, Apple is looking to convert a lot of LG customers following the latter's closure of their smartphone business earlier this year. The company itself has been trying to find a buyer for its smartphone division but has failed numerous times. Years of losses and barely any profit forced company executives to vote "yes" on the closure.

Read also: LG Pledges to Give Android OS Upgrades for the Next Three Years Despite Smartphone Shutdown [Update]

Apple and the Foreseeable Future: Is it Worth Switching Brands?

There's a lot to look forward to for Apple regarding their products, both on the hardware and software sides.

Case in point, iOS 15. The much-anticipated launch of the operating system is partly due to its massive array of upgrades over the older one. For instance, Apple has been trying to focus on improving their user data privacy measures, which they wanted to integrate deeply into iOS 15.

(Photo : Rafael Henrique/SOPA Images/LightRocket via Getty Images)
BRAZIL - 2021/06/08: In this photo illustration the iOS 15 logo seen displayed on a smartphone with an Apple logo in the background. Apple has started its Worldwide Developers Conference (WWDC), an information technology conference, where it presented the iOS 15, iPadOS 15, macOS 12 and watchOS 8.

Among these is the Privacy App Menu, which Apple states can let users know which specific apps are using their data. So, if you're scared that big-name companies are using your sensitive information without your knowledge, then this update will help you maintain your privacy as much as possible. Aside from that, there's also a handful more nifty features such as food tracking, which would be perfect for health-conscious users tracking their nutritional intake.

If you've long been a fan of LG smartphones or anything other than iPhones, then perhaps it's not a bad thing to switch sides given the significant user-focused updates that Apple is bringing to the table.

But of course, you'll also get access to the new hardware that next-gen Apple devices will have.

LG Smartphone Division Will Be Shut Down as It Struggles to Find Buyer, Report Says; RIP Rollable Phone?