NFT news circles were abuzz when Tim Berners-Lee packaged the source code for the original World Wide Web inside one. But a few people noticed an error that could be a not-so-good look for the inventor of the internet as we know it.

The coding error was spotted by Twitter user Mikko Hypponen, who works as a researcher at the IT security firm F Secure, writes PCGamer. According to Hypponen, the animated video that showcases the World Wide Web's original source code has the wrong angle brackets. Here is the tweet:

In a certain section where these should have been the symbols "<" and ">," there is now "<" and "8gt". For the uninitiated, this means that from the original, the code has been converted to HTML. According to the BBC, however, this is known as "escaping," a practice that's sometimes used to protect precious code. And considering that this is the original source code for the world wide web, it's extremely important that it be protected.

For this specific case, however, a few experts argue that the coding error in the NFT was a simple mistake. It could be that somebody from Sotheby's who was tasked with making the video just took the code's original text file, then subsequently ran it through an HTML converter.

Still, the NFT sold for a massive $5.4 million when the auction ended, making it one of the most valuable NFTs sold to date. In fact, it can also be argued that NFT would be way more valuable because of the coding error.

A perfect example of this is what happened to a certain Air Jordan 1 sneaker, which came with an upside-down Nike swoosh (a glaring factory flaw) and still sold for over $140,000. You can Google that.

For now, both Tim Berners-Lee and Sotheby's have not commented on the coding error. The proceeds from the auction are going to charity anyway, which could offset the issue in itself.

Read also: NFT Alert: The Source Code for the Original Internet Is Being Auctioned Off

NFT: The Best Way To Package the Web's Source Code

Tim Berners-Lee packaging the source code for the granddaddy of the internet in an NFT is the definition of "perfect combination." Berners-Lee said it himself that a non-fungible token makes a lot of sense given his lifelong career as a programmer.

NFTs have been gaining popularity lately as a way of securing the rights to intellectual properties. In simpler terms, if you want to make sure that you own something without having to go through the troubles of gaining a patent or copyright, you go for an NFT. In turn, you can sell that for a massive amount of money, provided that you're actually selling something valuable. 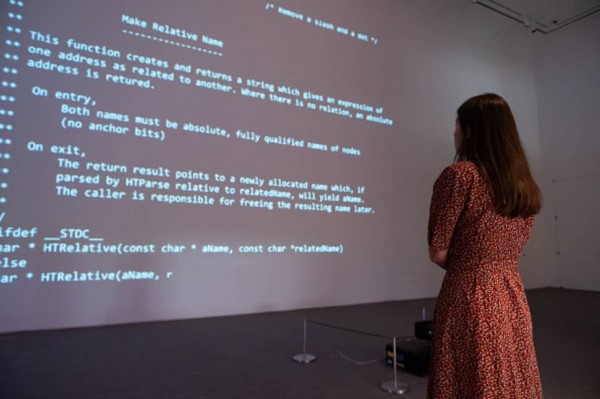 Well, there are few things more valuable than the source code for the internet as we know it. And that's why from a mere starting bid of $1000, it sold for a whopping $5.4 million to an anonymous buyer. This makes one wonder: what's that buyer going to do with the code? Only time (or the buyer) will tell.

Related: World Wide Web Inventor Tim Berners-Lee: To Save The Web, These Three Things Must Be Changed