Apple Watch Saves Lives After Detecting Woman with 'Widow Maker Heart Attack;' What Exactly Is It?

Apple Watch has proven that it saves lives in past events. Even in the most recent one, it has warned the woman of a drastic rise in heartbeats, pushing her to go to the hospital. The visit told her that she had been experiencing a "Widow Maker Heart Attack," and it has a low survival rate.

The Apple wearable technology has been credited for many warnings and notices. Researchers have "clinically trusted" the device for heart monitoring to determine if users have been experiencing something they do not feel. 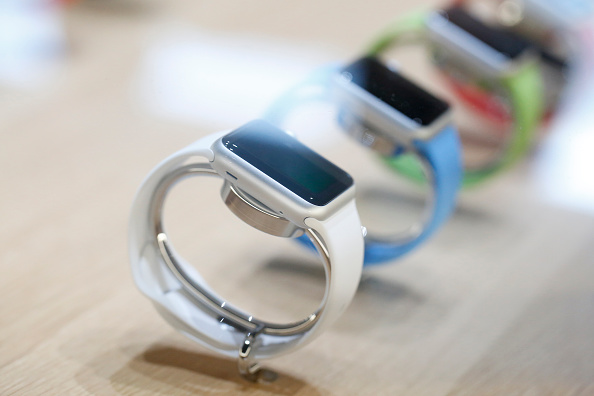 According to WZZM 13, a woman from Norton Shores has had an alert from her Apple Watch. She was warned of a sudden change in her heartbeat, advising her to go for a consultation. At first, the beats went down. They were skeptical of going to the hospital but ultimately decided to have a consultation.

Upon arriving and having been hooked to an EKG (electrocardiogram), it was revealed that she was experiencing something worse than what she initially thought. Dianne Feenstra, the patient, was said to have already experienced a heart attack known as "Widow Maker Heart Attack," more often than not leading to death.

And while "Widow Maker" means "a thing with the potential to kill men" in the English dictionary, the symptoms are different for women and may also go undetected. Feenstra said that she had ignored the symptoms as they are mostly normal, like pain in the shoulders, acid reflux, pain in the left hand, and swelling in the foot.

What is a Widow Maker Heart Attack

As reported by Medical News Today, a "Widow Maker Heart Attack" is an anterior ST-segment elevation myocardial infarction (STEMI) where blood clots or plaque deposits block an artery of the heart. This results in the body not getting enough oxygen-rich blood, causing a heart attack that may sometimes feel like an elephant is thumping on one's chest.

Widow Maker is a type of heart attack with the those with the highest death rates and the lowest chance of survival. Of course, prevention is better than cure, and the earlier it is diagnosed, the higher the survival rate for it.

How to Use Apple Watch to Monitor One's Health

The Apple Watch has contributed a massive help in detecting Feenstra's condition, especially with the sudden rise in her heartbeat even without doing much for the day. Using the Apple Watch to monitor one's health daily is more than charging it and strapping it on. It also includes using its features and filling up information honestly and accurately.

It is also important to include all the necessary needs for the emergency contact feature and the personal doctor's contact information in adversities.