AI revealed how much time politicians check on screens of their smartphones during government meetings in Belgium. 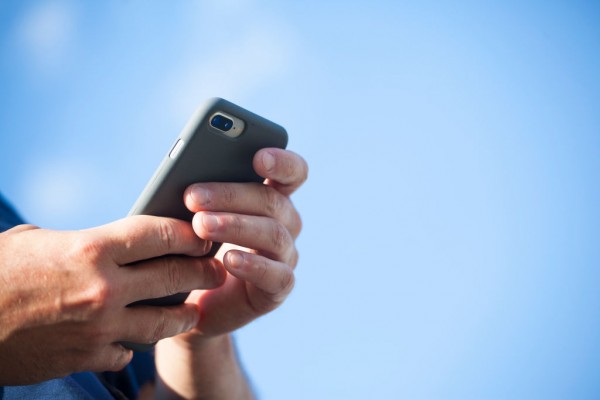 (Photo : by Maciej Luczniewski/NurPhoto via Getty Images)
A man uses his smartphone in Warsaw on June 1, 2018.

A Belgian artist devised the AI system to measure the percentage of time that government officials spend on their handheld devices.

The idea sounds like an unreleased scene from the TV series "Black Mirror," centering on how technology manipulatively took over people's lives in a dystopian setting.

AI Reveals How Much Time Politicians Stare at Their Phones

The tool that measures the screentime of public servants and shames them on social media is called Dries Depoorter, as per Mashable.

Every meeting of the flemish government in Belgium is live streamed on a YouTube channel.
Software is searching for phones and tries to identify a distracted politician. This with the help of AI. The results are then posted to social with the politician tagged. By @driesdepoorter pic.twitter.com/QUQHiYx2HI

The technology is part of the digital artist's installation entitled "The Flemish Scrollers." It appears after two years have passed since the Flemish Minister-President, Jan Jambon, was caught tapping his fingers away to play Angry Birds in a government discussion.

The software utilizes machine learning on YouTube videos of the televised government meetings to look for phones in the clips. It further uses facial recognition to identify the faces of the politicians bent over their screens.

It is to note that the tool only detects phones. As such, a government official using her tablet remained undetected by the AI.

A Twitter account that goes by the name The Flemish Scrollers shames politicians by tagging them alongside a video showing their excessive phone time.

After calling out, the account will then ask the official to pay attention to the meeting.

In cases wherein there are no live sessions, the tool will instead analyze previously recorded government sessions. 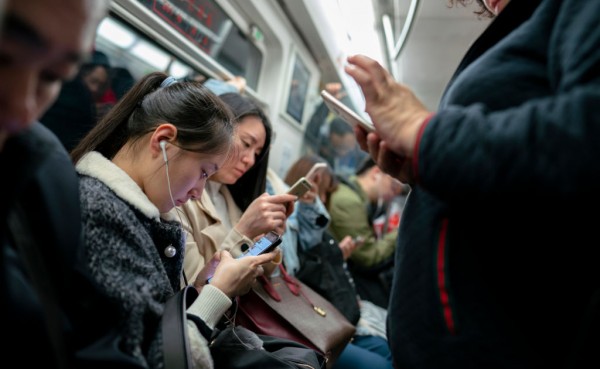 (Photo : by Zhang Peng/LightRocket via Getty Images)
BEIJING, CHINA - 2019/04/12: Nearly all passengers are addicted on their mobile phone in subway. Over the past 20 years, Chinese people's dependence on mobile phones has been increasing, which has become a serious health and social problem.

During the initial 24 hours of The Flemish Scrollers' operation, a total of four politicians have already experienced the shaming that the system provides.

9to5Mac noted that the system only measures the time politicians looks at their phone. It does not provide information as to how the person is using the device.

Thus, the shamed official could instead be jotting dot notes on their gadgets, which most of us usually do. Also, the activities on their phones could have been some urgent matter.

Nevertheless, no one really knows based on the AI if they are merely checking out images on Instagram or, worse, playing Angry Birds.

The Flemish Scrollers and AI Surveillance

Meanwhile, The Next Web hopes that the technology that keeps track of their behavior is likely to make a bold change in terms of AI surveillance.

Essentially, now those in power are the victim of the creepy software, the lawmakers could learn a bigger lesson from it. Hopefully to raise laws that further regulate the surveillance technology, which is most often weaponized.

Meanwhile, this AI made a "GTA 5" from scratch. And another one censors foul language in video games.

Related Article: TikTok's AI is Being Sold to Other Companies by ByteDance as it Launches New Division Called BytePlus