The International Space Station (ISS) is set to get a two-handed robotic arm from Europe.

The robotic arm, which is otherwise known as the European Robotic Arm (ERA), was built by aerospace company Airbus, will be launched on July 15, and will be used to service the Russian segment of the ISS.

Airbus made the robotic arm for the European Space Agency (ESA). The trip to the ISS is expected to take one week, according to a press release posted on the Airbus website.

The two-handed robotic arm will be joined by a new Russian Multipurpose Laboratory Module in its journey to outer space. The module is named Nauka, which is also the Russian word for science.

The International Space Station's new two-handed robotic arm has already been installed to the Nauka by the Airbus engineers, according to the press release of the company.

The robotic arm and the module will be launched on a Proton rocket Baikonur Cosmodrome in Kazakhstan.

According to Space, the robotic arm "resembles a pair of compasses with two symmetrical arms, each a little over 16 feet (5 meters) long." A dexterous hand can be found at the end of each arm.

The robotic arm weighs 1,390 lbs (630 kilograms) and is made up of lightweight aluminum and carbon-fiber.

Per the press release of Airbus, the robotic arm can be controlled in real-time from inside or outside the ISS. It can also be pre-programmed to perform specific tasks.

The arm will be able to "move and install components up to 17,600 lbs. (8,000 kg) in weight while being able to reach targets with 5 millimeter precision," according to Space.

The robotic arm can also be used to inspect the space station using the infrared camera included in the arm. It can likewise be used to transport astronauts and cosmonauts during spacewalks.

Other Robotic Arms in Outer Space 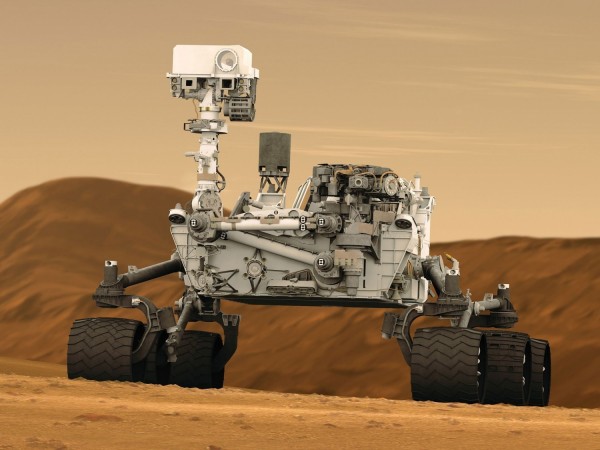 The International Space Station has been able to function efficiently and safely with the help of the robotic arms that are used for varied functions. The same could be said for other space stations and missions conducted in outer space.

Last month, China announced that it was going to test its own robotic arm. The robotic arm was built to help build the country's space station.

In 2015, the Curiosity Rover was able to use its healed robotic arm to deliver a powder rock sample. Prior to it, the rover short circuited due to a drill on its robotic arm. The short circuit caused a temporary halt in the rover's work on Mars.

The article is owned by Tech Times