China Rockets To Save Earth From Asteroids? Chinese Researchers Want to Try it

China rockets are likely to save the Earth from destruction brought upon by asteroids. Chinese researchers propose launching enormous machines to deflect the direction of the falling rocks. 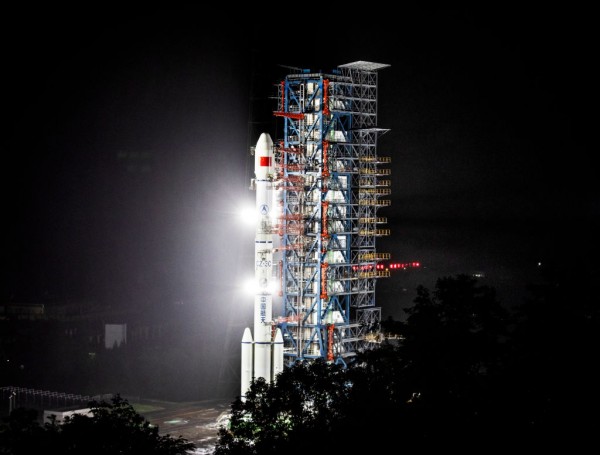 The endeavor is not an idea birthed from science fiction stories, as per Reuters. In fact, the United States' National Aeronautics and Space Administration (NASA) is also planning to prevent the dangers of Earth-hitting asteroids.

As such, the space agency conducted simulations on May 24 in an attempt to stop an asteroid the same size as Texas from wreaking havoc on our dear Earth.

China Rockets To Save the Earth from Asteroids

Now China is also exerting effort to save the world from the dangers of asteroids. The National Space Science Center of China is initially sending their most enormous rockets to disrupt the direction of dangerous rocks away from our home planet.

The Chinese researchers also performed their simulation, which showed that a total of 23 Long March 5 rockets hitting an asteroid at the same time will be enough to change the route of the rock.

Notably, the Long March 5 rockets are the same Chinese machine that the Pentagon warned was likely to crash on Earth.

According to the South China Morning Post, the simulation focused on an asteroid with the same size as Bennu, which is the only one likely to wreck the Earth's surface in the next 100 years.

Professor Gareth Collins of Imperial College London told Reuters that there is a 1% probability that the asteroid spanning the same size as the height of the Empire State Building will hit our planet in the years to come.

That said, Bennu's fall is likely to hit a wide range of land that would provide issues expanding on a global scale.

So, the Chinese study only assures the tangibility of its plan against Bennu or similar-sized asteroids.

China Rockets vs. Asteroids: How Does It Work?

Although the researchers propose to launch the 23 rockets from China simultaneously, they plan to do it in different parts of the country.

It is to note that once they successfully lift off from the ground of Earth, we will have to wait for at least three years before it finally reaches its destination.

Furthermore, the rocket sports a deflector feature, making sure that it will not end up breaking the asteroid into smaller chunks instead. The primary reason for hitting the enormous rock is not to destroy it entirely, but rather to push it away from destructing our home planet.

To do just that, the 23 machines will have to gently turn away the asteroid.

This method replaces nuclear explosives, which could then break the rock into smaller pieces, but the direction of the asteroids remain directed to the Earth.