TeslaCam, a specialized Tesla dashcam feature, was the key for the authorities to track down the person who suddenly shot the Model Y car in transit.

In a video posted by CHP-South Sacramento on Wednesday, July 7, the man who was riding a white Nissan Rogue was seen with a weapon aiming for the Tesla EV. A few moments later, the unidentified male shot the window of the moving Model Y just what was seen in the clip caught by the dashcam. 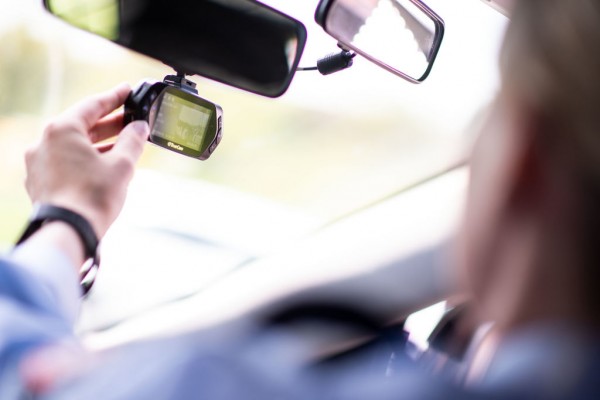 Photo by Marius Becker/picture alliance via Getty Images
18 April 2018, Germany, Moenchengladbach: A police officer operates the dashcam of a police car during a press event. The freeway police in North Rhine-Westphalia is going to be equipped with dashcams in order to convict emergency lane deniers.

As far as we know, Tesla has many cameras for security purposes. Even though Elon Musk's electric vehicles have been accused of spying in China, many people are still using them due to their Full-Self Driving features and Autopilot capability.

According to Electrek on Friday, July 9, the TeslaCam functions like a typical car dashcam that we know. That's the first feature that a Tesla car has.

Meanwhile, there is also Sentry Mode which acts as an alarm tool for the users in case someone wants to carjack a car. This smart system is intended to bar thieves from attempting to break into the Tesla EV.

For the police investigations considering vandalism and thefts, these features have been a great help for the authorities to hasten the arrest of the suspects.

Indeed, the mentioned security features have been installed to mitigate unlawful activities such as carjacking which happens frequently to car owners. Now, there is another car-related crime that is not related to theft, but in another form: causing damage to properties

Tesla's integrated dash cam was able to see the man who had fired a bullet at the Model Y on his side. The Californian authorities were alarmed by this incident after witnessing the activity of the maniac in the camera.

In the latter part of June, the side passenger window of the Tesla Model Y broke after a Nissan driver shot it. The electric vehicle passed the white automobile before the man decided to fire the projectile.

Fortunately, the side cam captured the clip in full detail which showed that the suspect intentionally pointed his weapon to the moving Model Y. Later, he shot the advancing electric vehicle.

Authorities Arrested the Man Thanks to Tesla Dash Cam

If it wasn't for the Tesla Cam, the authorities could not have a good lead about the identity of the male who fired the projectile to the Tesla EV.

On Wednesday, July 7, the police were able to track him down and arrest him. It was found out that the man's projectile in the video was only a makeshift weapon made at home.