‘The Legend of Zelda’ Vintage Cartridge Sells at Record Breaking $870,000

"The Legend of Zelda" vintage cartridge set the world record as the most expensive game auctioned at nearly a million mark of $870,000. 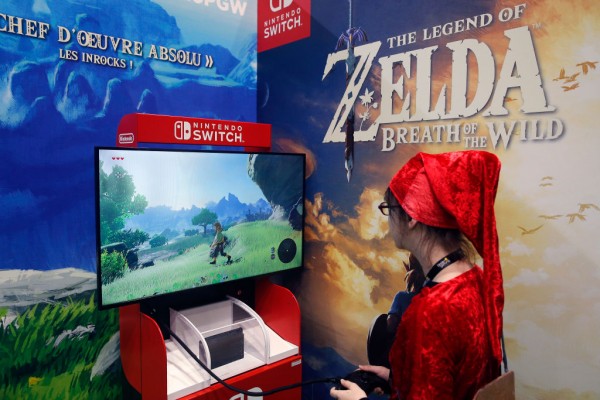 (Photo : by Chesnot/Getty Images)
PARIS, FRANCE - OCTOBER 31: A gamer plays the video game "The Legend of Zelda : Breath of the Wild" developed and published by Nintendo on a Nintendo Switch games console during the 'Paris Games Week' on October 31, 2017 in Paris, France. 'Paris Games Week' is an international trade fair for video games to be held from October 31 to November 5, 2017.

The previous record-holder for a video game auction was the "Super Mario Bros," which sold at $660,000. The monumental auction concluded three months ago, on April 3, 2021, which is not too far away from "The Legend of Zelda's" sale.

'The Legend of Zelda' Vintage Cartridge: What Makes it Expensive?

Wondering why this vintage gaming cartridge sold for nearly a million dollars?

The sealed copy of 1987's "The Legend of Zelda" is notably the first printing on the American NES. Heritage Auctions highlighted via The Verge that it is "incredibly rare," and that it "holds early production status" as well.

The auction house reiterated that the two qualities mentioned are "inarguable."

Heritage further revealed that the auctioned variant only sold for a limited time in 1987 -- so, its rarity is astonishing. Meanwhile, the "Rev-A" later succeded the rare version the next year to mark the expansion of production.

The booming popularity of the game in America after its initial release forced "The Legend of Zelda's" manufacturing to ramp up.

It is to note that the record-breaking "The Legend of Zelda" is not the same one that you have at your convenience. Unfortunately, the one you kept in your room does not hold the same value.

The auction for the "The Legend of Zelda" sought-after cartridge started on a high note, opening at a cool $110,000.

However, the high bid was only befitting since it is a rare find, as per ArsTechnica.

Heritage Auction boasted during the beginning of the bidding that the copy of "The Legend of Zelda" is an "apotheosis of rarity."

The auctioned copy is nearly in perfect condition as it was rated at 9 out of 10.

That said, the auction ended up beating the previous world record of gaming cartridges. On the other hand, Engadget noted that the "Rev-A" variant of "The Legend of Zelda" sold at a significantly cheaper $50,400 in 2020. The rare copy outstandingly outpaced the more common vintage version.

Meanwhile, another title of the popular game franchise, "Legend of Zelda: A Link to the Past," SNES was auctioned at a higher price tag of $96,000.

Elsewhere, "The Legend of Zelda: Breath of Wild 2" is reportedly launching alongside the Nintendo Switch Pro.

Related Article: Game & Watch: 'The Legend of Zelda:' What to Expect in November Release- How to Pre Order?

ⓒ 2021 TECHTIMES.com All rights reserved. Do not reproduce without permission.
Tags: The Legend of Zelda Vintage Cartridge sells Record Breaking $870 000
Most Popular