"FFXIV: Endwalker" released a new gameplay trailer that showcased new scenes, events, and gameplay from the highly anticipated expansion of the game. 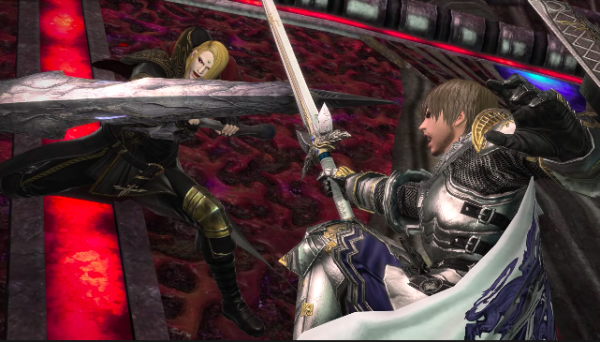 More and more people are viewing the video with interest, which showed just how many people still play the game. Some are also out of hiatus to once again play "Final Fantasy XIV" with the upcoming Endwalker expansion as said in a GameSpot report.

The Endwalker expansion comes out years after the release of Shadowbringers, which saw a resurgence of old and new players trying out the game, or coming back to it because of the highly praised expansion.

The next expansion will be coming by the end of the year, specifically on November 23, 2021, so says on the official website. The benchmark showed all-new environments, battles, favorite characters joining the fray, and more.

First off in the "Final Fantasy XIV" trailer takes you to a snowy battle with Garlean Empire troops and the Warrior of Light taking on beasts that seem to be endless in number. The fight scene even in the first scene sets the pace for the entire video to show you just how dire circumstances are now in the fictional world.

The next scene brings you to Alphinaud and a new district of Old Sharlayan where beautifully made backdrops are shown to showcase the new area you can explore.

The first major battle shown in the benchmark trailer brings you to the ruins of Garlemald.

The Warrior of Light, together with the Scions of the Seventh Dawn, and alliance leaders battle against a hoard of tempered beasts. This major scene also showed the new skills of the two additional classes within the expansion, the Reaper and Saje jobs.

The trailer is shown in this article to give you a chance to see it yourself if you haven't already:

It's Just a Benchmark

"FFXIV" benchmark sequences don't always mean that the video you saw  would tell you if the scenes are from the major story itself. Its main purpose is to test your PC's limit, and show just how well the game together with the expansions and new improvements would fare.

Regardless of the battles and scenes, the environment shown in the trailer shows accurate representations that you would be able to explore freely once the Endwalker expansion comes out.

Bringing the Hydaelyn-Zodiark Arc to A Close

The story arc has been going ever since the game was released, allowing developers to focus on an entirely new story arc right after the events of Endwalker.

Naoki Yoshida, the game director of the popular MMORPG, said that it is going to be an end to the world of Hydaelyn and would come full circle, saying it will be a "new dawn" for the story.

The "FFXIV" expansion will bring all-new features to the game that was also previously revealed by GameSpot in another report. Such as the level cap increase from 80 to 90, more role quests, Gold Saucer updates, crafter and gatherer quests, PvP battle, a new playable race called the "male Viera", and so much more.

Players would just have to wait until the release to finally find the ending to a much-loved story arc that was told through the beginning of the game.