Richard Branson and Virgin Galactic are getting ready for a monumental space flight that will commence in a few hours from now, on Sunday, July 11. 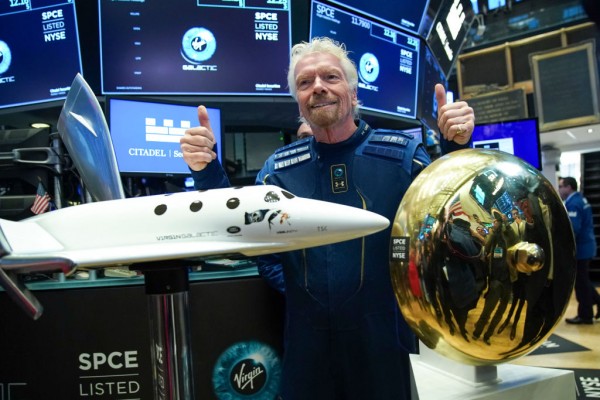 Richard Branson, billionaire, and Virgin Founder, is expected to travel to space via his Virgin Galactic rocket plane, which carries passengers outside the confines of the Earth.

The said launch will mark the first test flight of the machine with a crew in it.

It will be launching from the New Mexico desert and will travel 50 miles above land. It is important to note that five more employees of Virgin Galactic will accompany Branson.

As per Reuters, the Virgin brand founder said that the upcoming flight is a milestone that will kickstart a new era in space tourism. To add, Virgin Galactic also plans to pioneer commercial space exploration in 2022.

The outlet reported that the plan of Branson to be part of the upcoming test flight is parallel to his "daredevil" personality.

The 70-year-old billionaire is known to have founded the Virgin brands, which has an airline, and music recording division. Not to mention that his company also flaunts interest in hot-air balloons and sailboats.

The rocket plane that will bring Branson into outer space is only as big as an executive jet, which fits two pilots and four passengers. The VSS Unity flying the billionaire carries the SpaceShipTwo name, according to the New York Times.

The spacecraft will be brought by a large plane up to the altitude of 50,000 feet before it finally goes above by itself.

Furthermore, the passengers will be allowed to experience the lack of gravity for at least four minutes by booting out from their seats, NBC News reported.

The launch of VSS Unity is due to start at exactly 9:00 am Eastern Time on Sunday, July 11. However, the plan could still change depending on the cooperation of the skies.

If the weather permits, the flight will start to take off from Spaceport America located in New Mexico.

Comedian Stephen Colbert will be hosting the monumental event, which will broadcast live on the YouTube channel of Virgin.

To further add up some entertaining vibes, Khalid is also gracing the launch to introduce his new song.

Not to mention that the founder of another space exploration company, SpaceX, Elon Musk, is also reportedly coming to the event.

And elsewhere, Richard Branson claimed that the space tourism market could still welcome other 20 companies, which would bring people to space.