"Axie Infinity" has been one of the uprising NFT games on the planet at the moment. The crypto-focused pet game has reached $19.60 last week--its all-time high since its launch. The growing number of players is also seen to be a driving force why the in-game token, Smooth Love Potion (SLP) continues to skyrocket in double and even triple-digit gains.

The game is similar to other breeding games but the case of Axie is different since the monsters that you will buy are all non-fungible tokens (NFT). More SLP means more Axies will be all over the platform.

SLP Price is on a Massive Spike 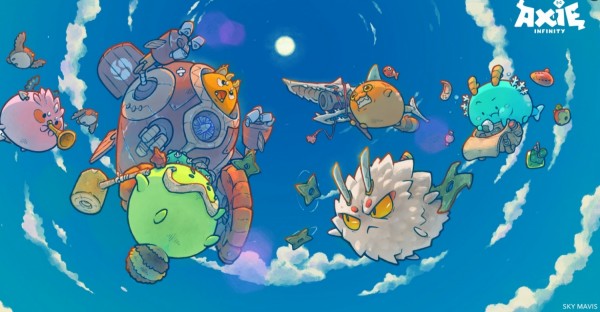 According to Cointelegraph on Monday, July 12, the data from the Trading View showed that on July 1, the SLP's value has encountered over 100% increase from $0.127. Since then, it has been gaining an additional $0.257 every week and the trend only skyrockets as more users engage in the platform.

The primary factor why the game's value has been rolling on a high note is the huge pool of new users who are exploring the cryptocurrency game. SLP depends on the players and the "Axie Infinity" users have been increasing since May when Ethereum's Ronin sidechain was launched.

Read Also: zDrone v1.0 Bot to Come Soon in NFT Trading; $ZBD AI in the ZooBDoo Ecosystem: How to Reserve Your Slot?

Countries With the Most Significant Increase in 'Axie Infinity Players'

Delphi Digital reported that the huge boost in the population of "Axie Infinity" players has come from the five countries: the United Arab Emirates (UAE), Philippines, Venezuela, Qatar, and Cuba. Since April, the majority of the gamers in these countries have been participating in the currently popular NFT game.

Moreover, the interest among the users also soared. It's understandable that people are now becoming more curious about "Axie Infinity" especially nowadays that it's easier to interact with others through social media platforms and channels like Discord.

The Axie ecosystem can be compared to the usual environment that we know. As the community grows, more resources are needed by the people in order to survive.

In "Axie Infinity," the number of Axies expands as the user population increases. This led to the rapid SLP demand so people could breed more Axies in the game.

Indeed, "Axie Infinity" is focused on farming Smooth Love Potions which people could sell to collect some money. Cointelegraph wrote in the report that some players were able to earn "more" money compared to those employees who finished college.

While the game can be attractive to everyone due to its mechanics and money-making features, remember that this game is still an NFT game. Like any cryptocurrency, the value of SLP might plunge or skyrocket anytime since it is volatile.

For the breeding process in-game, people always aim to land an upgraded Axie which is called "Mystic Axie." This monster can have a value of 30 ETH. Even so, some gamers manage to create several Axies that could hit up to 300 ETH.

Since May, "Axie Infinity" has already hit $25 million which could account for over 50,000 non-fungible tokens that are purchased daily.

This game has indeed been in the limelight this time. The challenge is how long it could maintain its stand in the market given that the value of SLP can hit or miss the trend in the game. Its success will still depend on the number of players.