The Tesla Cybertruck will allegedly adopt Samsung cameras, as per several Korean news outlets. The deal between the two tech giants reached $436 million which suggests that the South Korean titan will be the supplier for the world's largest electric vehicle maker. 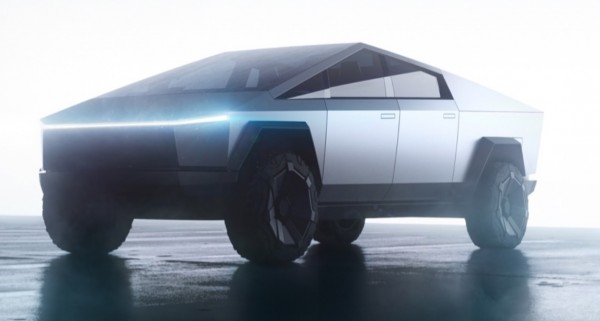 (Photo : Tesla )
Samsung reportedly signed over a $400 million deal with Tesla for the cameras of the upcoming Cybertrucks.

Tesla, an electric pickup truck, Cybertruck was introduced in 2019. This year, we could see another wave of Cybertrucks that will be going out in the market despite many problems in the auto industry.

According to Korea Economic Daily on Monday, July 12, the agreement of the EV manufacturer with the electronics firm has been established to a $435.7 million deal. This would cover the camera modules that the Tesla Cybertruck will use.

The report also said that the Elon Musk-owned company is also preparing to release the upcoming electric vehicle in the market soon.

The description said that it would come with a new set of cameras which will replace both the side mirrors and the rearview. Moreover, the mentioned automobile would feature self-driving which would be supported by over eight cameras.

With that, another news outlet pointed out that Tesla is planning to incorporate Samsung cameras into the Cybertruck which came out in November 2019. The latest cameras will be the newest additions to the upcoming model since the prototype version did not feature any of them, Teslarati reported.

The United States has not yet allowed the use of side-view cameras for vehicles. While the side cameras are important for the automobile, the US is not only the country that does not permit its usage. Back in March, China imposed a ban on Tesla EVs after accusing the automaker that its cameras are only used for spying.

For now, the implementations might be subjected to change. If that happens, Tesla can now add the cameras to the Cybertruck en route to its delayed launch in 2022.

The Tesla Cybertruck features a cabin-facing camera which would help the drivers get a clear view around them during the autopilot session. For the company, the camera will be a great help for security and safety purposes.

In addition, there will also be cameras for the front and back which would be essential help of the EV's sensors. Under its front bumper, the electric vehicle will sport another camera. Although the Cybertruck does not prioritize off-roading, we could see that the Samsung camera would be equipped in such a way.

Other Purposes of Tesla Cybertrucks Cameras

According to Electrek, Tesla will be using a special camera that will be suited during rock climbing. Besides that, it would also assist the drivers to park effectively through its 360-degree view of its surroundings.