A "Fullmetal Alchemist" mobile game is finally happening after Square Enix announced that it would be available in mobile platforms, such as Android and iOS.

The popular shonen anime is celebrating its 20th anniversary on July 12. The Japanese gaming company said that it will divulge the rest of the details when the winter season drops.

The revelation for the mobile version of Hiromu Arakawa's masterpiece anime might not have sufficient information at the moment. Yet, we could see some glimpses of the upcoming game through its recently-uploaded trailer on YouTube. 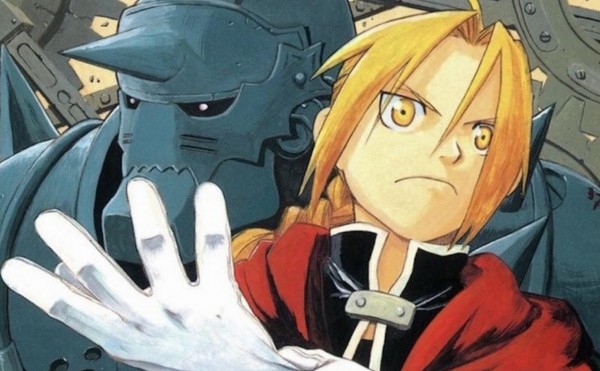 (Photo : Kyle Anime Scouter via screenshot from Twitter )
'Full Metal Alchemist' mobile game is now final according to Square Enix, but the additional details will be announced in Winter.

"Fullmetal Alchemist" started on July 12, 2001 for its manga premiere in Japan. Now that we are getting a mobile version of the long-running shonen, "FMA" author Hiromu Arakawa will extend her intellectual property following Square Enix's adoption of the anime-turned-video game.

More importantly, Arakawa said that she will be releasing a new manga for the anime, according to Comicbook.

The trailer did not show any characters from the anime. It only showed the stones moving with an embedded Japanese language. The philosopher's stone also appeared in the teaser video, together with the transmutation energies.

Nothing fancy is shown in the trailer like art styles, gameplay, and early in-game mechanics.

The most notable thing about the video is the battlefield that resembles the illustration in the original "FMA" manga. For further information, Square Enix will be revealing more of them in winter, Gematsu reported.

Read Also: Sakura Revolution Shutdown Postpones Delay to July 20, 2021 | Play it Before it Goes Away!

'Fullmetal Alchemist' Information That You Should Know

For those who are not familiar with "Fullmetal Alchemist," this anime has been regarded as one of the greatest animated series in the world of animation.

Yasuhiro Irie made it possible for the shonen manga to be developed under Aniplex and BONES studio.

During the 2009-2010 run, the 64 episodes from "Fullmetal Alchemist: Brotherhood" has been remade, so fans could have a better grasp of its animation that is manga-accurate.

It also helped the readers to have an exact thinking of the anime in their minds, while preserving the original nature of the illustrated animation.

The world of alchemy has never been easy especially for the main protagonist, Edward Elric, who has been struggling since his childhood.

Together with Alphonse Elric, his younger brother who became a product of failed transmutation, Edward will have to battle the evil organization called "homunculi." The main villains in the group are based on the seven deadly sins, such as Envy, Greed, Lust, Wrath, Pride, Gluttony, and Sloth.

To date, the "FMA" Manga recorded over 80 million sales of copies.

Previously, its games have made their way through PSP, Game Boy Advance, PS2, and Nintendo DS. Soon, the "Fullmetal Alchemist" mobile game will be added to the game library.

What the Redditors Think About 'Fullmetal Alchemist' Mobile

From a recent Reddit forum, many users shared their opinion about the approaching "FMA" mobile game. Some people expect that the game will not be a cash-grabbing game. Others said that it would be a Pay-to-win game since Square Enix's "KHUX" is not user-friendly.

One commenter said that what he looks forward to the game is the great artstyle and mechanics adopted by another anime-turned-game "Seven Deadly Sins."

Related Article: 'Ni No Kuni: Cross Worlds' Records More Than $100 Million Revenue in the First 11 Days--Best-Selling MMORPG at the Moment?