Masten Space System will soon develop a "GPS" for the Moon, which would have the features to successfully navigate and position locations on the lunar surface. This would help astronauts and astronomers in navigating the Earth's natural satellite, as opposed to previous methods of almost flying blindly when going there. Moreover, it would be a different tech, as Moons are different from the Earth's structure.

Navigating the Moon is not as easy as what people do on Earth, first off because it would have a different magnetic pull, so compasses would not be as effective as it is on the home planet. This would greatly help the upcoming Artemis Moon Mission from NASA to go about its purpose there, without getting lost in the process. 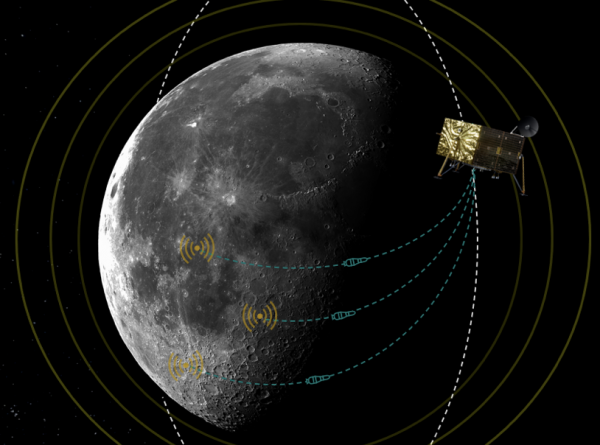 As stated earlier, it would be different from Earth's GPS or Global Positioning System, as the Moon has different qualities and make from the home planet. Most likely, Masten Space Systems would need to create the Moon's satellite for its GPS, which would then help astronomers to read it better and navigate the lunar surface.

According to Masten Space's press release, the Phase II SBIR contract through the Air Force Research Laboratory's AFWERX program was awarded to the company. This would focus on the development of the Lunar Navigation and Positioning System that would potentially make a breakthrough in terms of future Moon missions.

"By establishing a shared navigation network on the Moon, we can lower spacecraft costs by millions of dollars, increase payload capacity, and improve landing accuracy near the most resource-rich sites on the Moon," said Matthew Kuhns, Vice President of Research and Development at Masten.

Read Also: NASA's SLS Megarocket is Preparing to Carry Humans to the Moon in 2023

Lunar Navigation, Positioning: How Important is It?

Kuhns highlighted the importance of having a Lunar Navigation and Positioning system for the Moon, and it is mostly focused on giving astronauts and astronomers an easier time when performing a mission. That being said, this task is extremely important and could help in elevating future missions as people know it.

What the venture would produce is a shared navigational technology that could help all that has stakes in the Moon to have a better experience in positioning different parts or areas.

According to TechCrunch, the costs of going to orbit or space missions have decreased compared to before; but Masten's soon technology could help it to further make it more affordable.

Will All Space Agencies Have Stakes in the Moon GPS from Masten?

It was mentioned by the VP for Research and Development at Masten that the Moon GPS would be of service to everyone who wishes to take part in missions toward the lunar surface.

That being said, it may be a matter of the international space community, on who would get to use the Lunar Navigation system, despite being from Masten.