NASA is going to the moon once again for its Artemis I mission and this time, no humans will be involved in the lunar flight. Instead, the space agency would be bringing a test dummy that remains unnamed, that's why the organization is seeking the best name for the human manikin for the "Name the Artemis Moonikin Challenge." 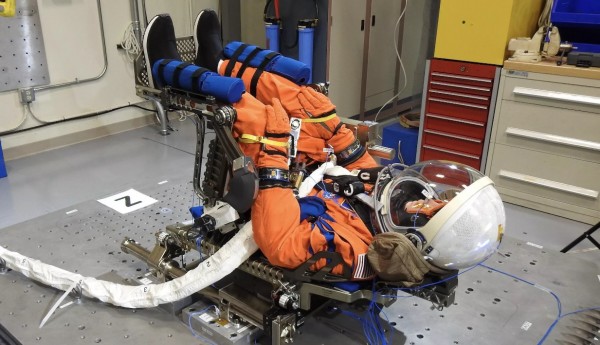 From NASA's announcement on Tuesday, June 15, the "Name the Artemis Mooniki Challenge" will be delivering a special manikin that looks the same as a human being. It is expected that later this year, the space agency would conduct the humanless flight test. For the experiment, NASA wants to demonstrate and gather information on the journey's effect on the body of a person.

For the best names, NASA already has some options, but they are not yet finalized. The names such as Montgomery, Rigel, Shackleton, Delos, Wargo, Ace, Duhart, and Campos are the near candidates for the moonikin's possible name. In giving the moniker to the mannequin, NASA wants an identity that will also introduce a unique meaning.

Meanwhile, the Montgomery moniker did not come from the famous "Star Trek" character Montgomery Scott. Instead, it is dedicated to the first African-American technical professional who worked at the Cape Canaveral space facility. His name is Julius Montgomery.

You can vote for your preferred name on social media platforms like Instagram, Twitter, and Facebook. The "Name the Artemis Moonikin Challenge '' started last Wednesday, June 16 until June 28. The announcement of the official name that will be given to the test dummy will happen on June 29.

What's Inside the Artemis I Manikin?

According to CNET's report on Thursday, June 17, the flight test dummy will be packed with a set of sensors in the seat--two of the team are radiation sensors located behind the seat and the other one under the headrest. They will be tracking Orion's movement as it moves towards the moon through its vibration and acceleration.

To make the moonikin more realistic, NASA added "phantoms'' which are the perfect replica of human torsos. Surprisingly, they also have names: Helga and Zolgar.

The space agency decided that it would be made from materials that emulate the adult female's organs, bones, and tissues.

In the future, NASA is planning to send the first woman to the moon through the Orion spacecraft. The recent initiative of the international space team will be working on the design of the SLS rocket and the moon craft.