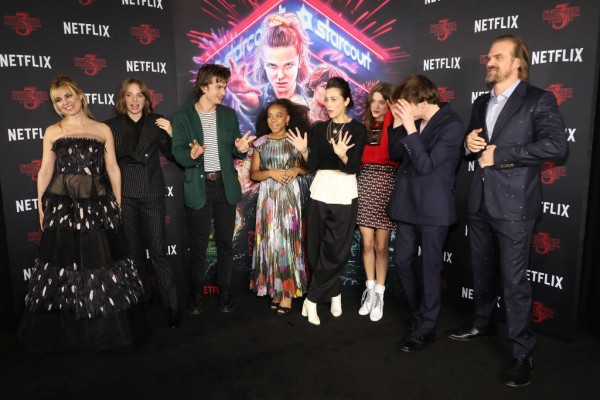 The official Twitter account of the game first teased the "Stranger Things" and "SMITE" crossover, revealing that the collaboration is set to go live on July 13.

It further bared that the update will be available on multiple platforms such as the Sony PlayStation 4, Nintendo Switch, Xbox One, and PC.

Now, the day that the fans of the game and the Netflix series have been waiting for has finally come. That said, the characters of "Stranger Things" got acquainted with the mythology-based personalities of the MOBA title, "SMITE." The likes of Hopper, Eleven, the Mind Flayer, and the Demogorgon graced the free-to-play game.

The "SMITE" and "Stranger Things" collaboration allowed players to skin the existing mythology gods of the game into the creatures and personalities of the Netflix title. The character cosmetics are readily available after purchasing the battle pass of the crossover.

Additionally, applying the skin will not only change the overall look of the gods, but also introduces animations and visual effects.

According to COG Connected, the skin of Eleven is available for the god Scylla, whereas Apollo can turn into Hopper. Not to mention that the Mind Flayer skin is accessible for Sylvanus, while the Bakasura could use the Demogorgon skin.

The "Stranger Things" skins from the battle pass are six in total as there are other additional prestige skins of Eleven and Hopper.

It is to note that the two creatures of the Upside Down do not have any additional skins. Plus, the prestige version of the skin is only available after going through the 60 levels of the battle pass.

Read Also: Stranger Things Season 3: Official Trailer Is Out And Something Strange Is About To Happen, Of Course

Yes, the latest update of "SMITE's" Season 8, which debuted on January 26, is not just for the fans of "Stranger Things."

As per GameSpot, the mid-season update also introduced new relics. Some characters of the title also had some tweaks to balance out the skills, specifically, Mulan, Hades, Odin, Artemis, and Tiamat received the balancing update.

The Ocean Fury conquest map also faced some changes, flaunting new objectives. The Draugr now gives a defensive buff to the tower of the team after successfully killing it. As such, the update provides a new way to advance in the gameplay.