Crypto crackdown in China continues to close down mining facilities. The Anhui Province is the latest to do so as the government tries to balance the power supply of the town. 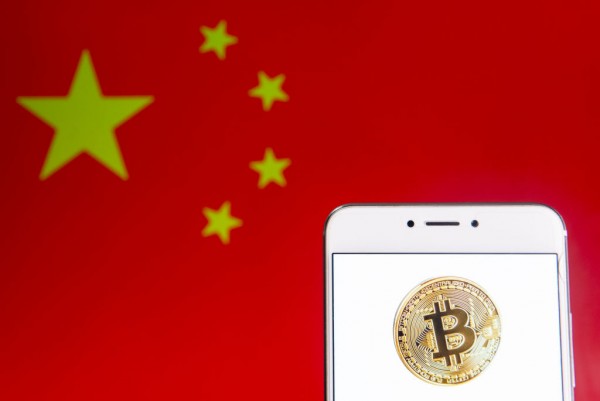 (Photo : by Budrul Chukrut/SOPA Images/LightRocket via Getty Images)
HONG KONG - 2019/04/06: In this photo illustration a cryptocurrency electronic cash Bitcoin logo is seen on an Android mobile device with People's Republic of China flag in the background.

The Asian country has ignited a war against Bitcoin miners, which forced some crypto mining enthusiasts to relocate to Texas. The American state has been an attractive location for them as it is more accepting of cryptocurrencies. Plus, there are no regulations concerning it yet.

It is worth noting that the crackdown is a massive endeavor for China as half of the Bitcoin miners globally are from the Asian country.

As per CoinTelegraph, the government of Anhui, located in the east of China, declared new measures to ensure that the power supply and demand remain balanced.

That said, the authorities have focused on tackling excessive energy consumption in the small province, wiping out crypto mining due to its power-hogging demands.

Anhui was once included in the list of the poorest areas in China. The province only exited the said index in 2020. Not to mention that it is also one of the largest provinces in the Asian territory in terms of population density.

As such, the growing number of people in Anhui resulted in high demand for electricity.

It is important to note that the power grid of the quaint province is mainly coal-powered. Meanwhile, other sources of energy are solar, wind, and hydro.

Wu Blockchain wrote on Twitter that the crackdown in the province is a colossal mandate, which included other locations in China.

The State Grid Corporation of China, the state-owned electricity utility of the Asian country, distributed a large-scale memo that asks different locations in the nation to wipe out all "virtual currency mining."

It was Henan and Anhui that first heeded the call and implemented it in their provinces.

The State Grid Corporation of China has issued a notice to all parts of the country requesting the closure of virtual currency mining. At present, some provinces with insufficient power in China, such as Henan and Anhui, have also begun to implement it. pic.twitter.com/kgDY1msDQ5

The feisty move of China troubling the mining activities of cryptos has flooded the headlines in 2021. But why is the Asian country suddenly being hard on them?

The Found Partner of Castle Island Ventures, Nic Carter, suggested to CNBC that the significant crackdown in China is perhaps due to the strengthening of law and order in the nation as the Chinese Communist Party commemorates its 100th anniversary.

Carter further said that China is not only focused on cryptocurrencies. It is generally fighting against "all sorts of undesirable behavior," noting that virtual coins have been part of illegal activities in the country.

He even added that Plus Token, probably the most significant Ponzi scam in history, is from the Asian country as well. To illustrate its extent, the scammers behind the monumental crime have pocketed $5.7 billion from the victims.

Nevertheless, the crackdown of China against cryptocurrencies is expected to make mining more lucrative as it will result to lesser miners in the world.