"Monster Hunter Stories 2: Wings of Ruin" is one of the newest games in town following its initial release last June 25.

The video game title might ring a bell to others, especially those who have already played "Monster Hunter" and "Monster Hunter Stories" since this is a spin-off of the two installments.

For its official release last July 9, many players have grown excited about Capcom's game after it unveiled the latest update, which points to Version 1.1.0.

For this patch, we could see several bug fixes to go with other features such as Palamute monstie and more. 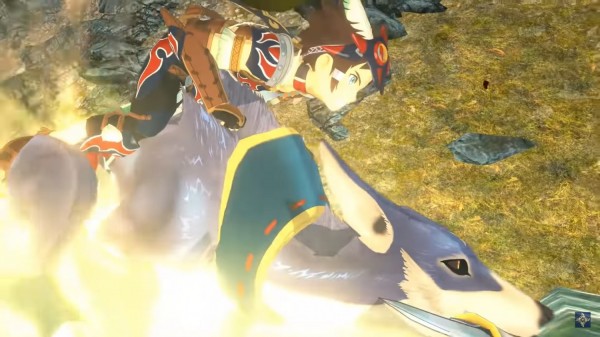 (Photo : Monster Hunter Official YouTube Channel via screenshot )
The 1.1.0 patch notes for the newly-released 'Monster Hunter Stories 2: Wings of Ruin' is now out

From the official website of "Monster Hunter Stories 2: Wings of Ruin," there are some important reminders that players should know about the newest patch in the game.

According to the developers, players should update the old game version to its latest version.

For that part, players could recognize the version of the game through checking the icon of the "Monster Hunter Stories 2" on the Nintendo Switch's Home Menu screen. After finding it, press the "+" button.

Additionally, you can only play the game online when you have the membership to the Nintendo Switch Online.

Alternatively, you can still launch the game offline. If you have no internet access, you can play the local multiplayer edition, but remember that it would only work with the players who have the same software version as you.

On top of the announcements, the team advises everyone to always seek the support page of Nintendo if there are some clarifications or issues that players experience in the game.

For this update, you need to have a free space of 0.5 GB.

For those digital version users of "Monster Hunter Stories 2: Wings of Ruin," remember that the intended space for the game will increase up to 15 GB.

Before you download, you need to guarantee first if your device has enough space for the new patch.

According to a report by Nintendo Life on Thursday, July 15, the addition of Palamute monstie was one of the greatest changes in the recent 1.1.0 patch.

Here are all the details that you need to know about it:

Metacritic gave the game an 81 rating. The critic based it on 69 critic reviews. For the users, the game was rated 8.1 based on 58 ratings. Overall, "Monster Hunter Stories 2" is only getting started featuring a rich storyline, challenging tasks, and good characters.

So far, we could expect more for this spinoff game that fans have waited for a long time.