Two former WhatsApp employees who worked for the messaging app even before Facebook bought it, launched a private and relationship-based social media that goes by the name HalloApp. 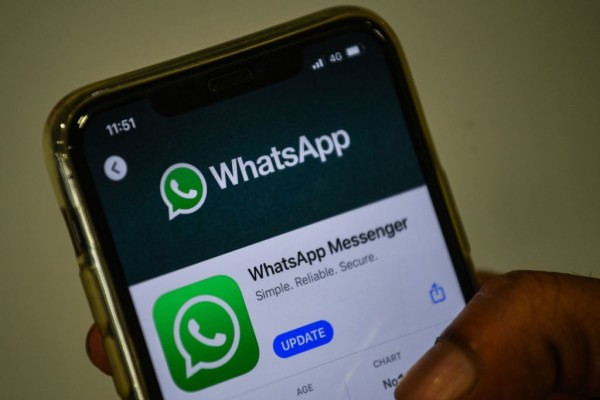 (Photo : by INDRANIL MUKHERJEE/AFP via Getty Images)
In this photo illustration taken on November 6, 2020, a user updates Facebook's WhatsApp application on his mobile phone in Mumbai. - WhatsApp on November 6 entered an increasingly tense battle between multi-national giants such as Google and AliBaba for a chunk of India's fast growing digital payments market.

The new social media app, which based on its features is the antithesis of the widely popular Facebook, is now available on the Google Play Store and the Apple App Store.

The Verge disclosed that the founders of the new app, Neeraj Arora and Michael Donohue declined to be interviewed, adding that they decided not to further attract press attention during the infancy stage of their latest endeavor.

The tech outlet also reported that the individuals used to work for WhatsApp back when it was not another app under the Facebook umbrella.

To be specific, Arora used to be the chief business officer of the messaging platform up until 2018. Meanwhile, Donohue was then the engineering director of WhatsApp in a one-year short to a decade stint as he left the company in 2019.

It is to note that the WhatsApp-Facebook merger has been a concern to some regulators due to some privacy issues.

It is also worth noting that Arora was part of the negotiating team that had the talks with Facebook before WhatsApp was sold to the top social media giant to the tune of $22 billion.

One of the founding partners, Arora said in a separate interview in a podcast entitled "Follow Your Different" that to him, the "best way to grow" is to produce something that people will love to share with their loved ones, who are close friends and family members.

Facebook, one of the largest social media platforms, unabashedly collects the data of its users and sells it to third-party advertisers, which bring in billions of profit to the tech giant.

As such, Facebook had to ask iOS users to turn on ad tracking on their devices as Apple launched an option to refrain apps from collecting data from the users.

On the other hand, HalloApp vows to never include ads on their platform. Thus, eliminating the need to extract and sell information to advertisers.

As per Android Authority, the social media app will later debut features that will require payment to use, serving as its revenue stream.

HalloApp also vows to be "the first relationship network," which means that the users ideally connect with their actual circle of friends. That said, the content on the feed is full of posts from real people.