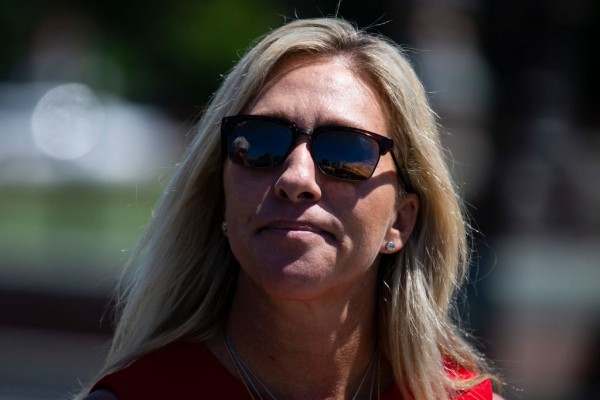 The Huffington Post reported on Tuesday, July 20, that the Twitter account of a Republican representative has been suspended for 12 hours after the platform saw the shared "misleading" tweets that made rounds online.

According to the social media giant, what Greene tweeted was all misinformation about the coronavirus pandemic.

Twitter further warned Greene that if she continues to tweet misleading information about the ongoing healthcare crisis, she could be permanently banned from the platform.

The controversial #COVID19 vaccines should not be forced on our military for a virus that is not dangerous for non-obese people and those under 65.

With 6,000 vax related deaths and many concerning side effects reported, the vax should be a choice not a mandate for everyone. https://t.co/JhYg3acrrK

Green's tweet emerged following the surge of the COVID-19 Delta variant in the nation.

In connection to the temporary suspension of the Republican's Twitter account, the White House has been keen on eradicating misleading coronavirus news across several social media sites. The US government saw this to be a burden since the country has been fighting the rising COVID-19 cases once again.

Advisory About the Circling Health Misinformation About Coronavirus Scare

From the written advisory consisting of 22 pages, Dr. Vivek Murthy, the US Surgeon General said that all Americans should be united to combat the persisting COVID-19 misinformation amid the global crisis that every country faces.

Murthy added that such posting of misleading comments about the pandemic threatens public health.

Since people do not know the legitimacy of the information, it could potentially confuse them, as well as affect their trust over the available coronavirus information.

For that reason, the Indian-American physician encouraged the public to stay alert for the looming misinformation everywhere.

According to him, limiting its numbers will be possible through the effort of each member of the society.

Facebook is Called Out By Biden Over COVID-19 Misinformation

In another report by CNN, the most popular social media platform, Facebook, did not escape from US President Joe Biden.

The leader of the United States accused the social media titan over the spread of much misinformation about coronavirus vaccines.

Later, Biden decided to back off his allegation and simply suggested that Facebook isn't killing people. He simply said that the "bad information" online might hurt people by misleading them.

"My hope is that Facebook, instead of taking it personally, that somehow I'm saying Facebook is killing people, that they would do something about the misinformation, the outrageous misinformation about the vaccine. That's what I meant," the US President announced on July 19, Monday in his speech about the country's economy via CNN.

Going back to Greene, many citizens over Twitter expressed their concerns about her recent tweets.

According to comedian Ben Gleib, what Green posted is disinformation that could cost other people's lives.

One person said that a 12-hour suspension for Greene's Twitter was not enough. Others suggested that Twitter should instead ban her from the platform forever since there's a possibility that she would do the same thing again.