Russia's Nauka Science Module, European Robotic Arm Are Coming to ISS on July 21--How to Watch it Live

Russia's Nauka science module, which is also known as the Multipurpose Laboratory Module, will be going to the International Space Station (ISS).

The scheduled date for its launch will be on Wednesday, July 21. It will be coming together with the ERA (European Robotic Arm).

Russian Science Module to Travel for 8 Days to ISS 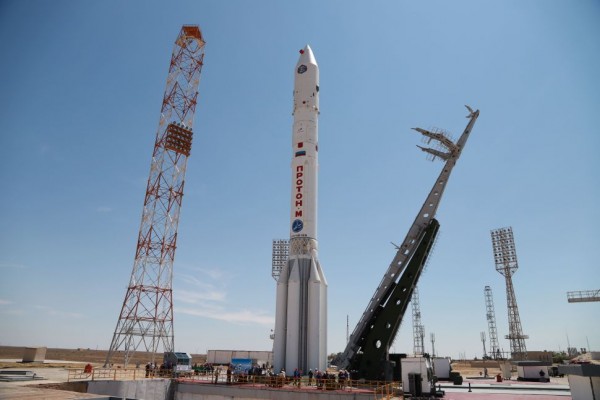 (Photo : Roscosmos)
Russia's Nauka Science Module, together with the European Robotic Arm will lift off in space to the space station on July 21.

Upon its release into space, the Nauka science module's travel time will last for eight days on its way to the ISS. Later, the module will land on the nadir port where the Zvezda service module of Russia sits.

According to Space.com, the 20-year Pirs module will be immediately replaced by the new Nauka module on Friday, July 23, if the plans go accordingly. By that time, the old module will be traveling to Earth and disappear in the atmosphere before entering the planet.

At first glance, the Nauka module might sound unfamiliar to others, but this science laboratory served as an extension of Russia's modules in the space station.

Why Nauka Module is Developed

In the official statement by Roscosmos earlier this month, the development of the Nauka module was based on the Zarya Functional Cargo Block.

"The Nauka module was created on the constructive and technological basis of the Zarya Functional Cargo Block employing the experience of designing a transport supply vehicle for the Salyut crewed scientific stations and modules for retrofitting the Mir orbital complex," the space agency said.

Moreover, Roscosmos added that upon the arrival module, they would guarantee that the passengers aboard it would safely arrive in the International Space Station.

They would also provide necessary equipment in the mission, such as cargo storage, oxygen, water, and more resources.

In 2015, Russia said that it would be supporting ISS until 2024, but Roscosmos revealed that the partnership might be extended for some time.

Besides Nauka, the European Robotic Arm (ERA) is also set to arrive at the ISS on July 21. It will be assigned to deliver the payloads from the space station.

This is often compared to the Canadarm2 of North America.

ERA will be released along with the science module in Kazakhstan, particularly at the Proton rocket Baikonur Cosmodrome.

This robotic arm has a pair of extendable arms that could reach 5 meters in length. In each of the arms, there is a dexterous hand that exists.

For its weight, the European Robotic Arm's lightweight features are composed of carbon fiber and aluminum. Its weight is 630 kilograms or 1,390 lbs.

The researchers use ERA through its infrared camera located in its arm. This will be utilized as an inspection tool in the ISS. Apart from that, it will assist cosmonauts on their flights by transporting them from one location to another.

How to Watch Nauka Module's Launch

You can view it as well on the official page of Roscosmos.