According to the recent leak from a popular Chinese leaker, the product could be the first phone to have a Snapdragon 888+ SoC. Following an official video posted by Feng Yufei, the President of the company, it is likely that the said mobile gadget will be the next in line to debut in the iQOO line-up.

iQOO 8 Could Be the Featured Phone in the Video 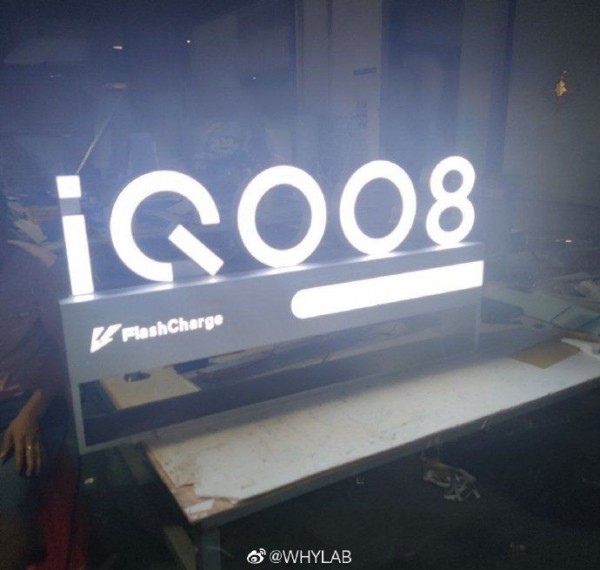 (Photo : WHYLAB from Weibo)
iQOO 8 is tipped ahead of its August launch. The leaked flagship phone will be the first phone to have Snapdragon 888 Plus chip.

In the latest video posted by Yufei, the teaser only talks about the "four-ball" hitting an "eight ball."

Despite no official names being unveiled at the time of the publication, many users said that it could be the rumored iQOO8 which would be launching on Aug. 4 of this year.

In another revelation, WhyLab from the Chinese microblogging site Weibo, uploaded a possible poster for the leaked iQOO8. The reported date in the poster matches the video from the iQOO President which is Aug. 4.

With that, the assumptions are only getting ahead of the flagship's release.

From the same Weibo user, the iQOO 8 will be containing an upgraded Qualcomm chip called Snapdragon 888+. The said processor has been introduced this month.

Digital Chat Station not only announced that iQOO 8 is the actual phone bearing a model number. Additionally, the leaker shared its specifications ahead of its August debut.

TechNave reported on Wednesday, July 21, that the rumored iQOO8 will feature 12 GB RAM and a 4GB virtual RAM, the first extended RAM feature in the mobile phone line-up.

Furthermore, the Chinese leaker added that the iQOO 8 would support Android 11 OS upon its launch. For the camera specs, we could assume that they would be near to what iQOO 7 featured in the past. To recap, the old model has a 16 MP front cam, two 13 MP cameras, and a 48 MP cam.

iQOO 7 previously boasted its 120 W fast charging capability together with an under-display fingerprint sensor. For its storage, it is safe to assume that it would arrive with a 256 storage.

Most probably, the alleged flagship phone will come first to Malaysia since iQOO teased that it would extend its service to the said Southeast Asian country. If it will not be released in Malaysia, its first landing spot could be in China.

In February, Vivo iQOO Neo 5 was rumored to launch in March. After a month, the smartphone was officially released.

Another leaker from China has tipped the Oppo Reno 5K in February, as well.