Smart gaming phones are continuously evolving through their outstanding features. The latest product, which could soon hit the heavily saturated mobile market, is the Lenovo Legion 2 Pro. It looks like a Michael Bay's Transformer and a superior gaming PC, as The Verge described on Tuesday, Apr. 6

From the looks of it, its unique design seems to be different from the rest, together with its RGB lighting. Leno Legion Phone Duel, which was launched in July 2020 is said to be the predecessor of this upcoming device. 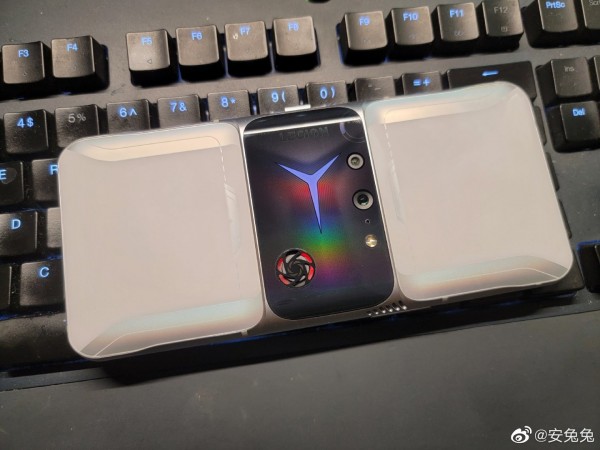 In a report by Gadgets 360's Vineet Washington, Lenovo Legion 2 Pro will be released in China on Apr.9 at 7:30 pm local time. At the moment, it is still unconfirmed if it will also land in India since its previous version has not yet landed in the South Asian market.

While it sports an overall strange-looking design, its front shares a familiar look featuring a fairly large bezel above and beneath the display. If you look at its back design, you could conclude that it is far different from the other gaming smartphones.

Judging from its rectangular body which boasts its Legion logo, it also comes with RGB lighting, together with LED flash. You could also surmise its obvious-looking cooling mechanism, as well as its two camera lenses.

On its right spine, you can spot its power button, while on the left side, you can notice its USB Type-C port which resembles a hard-screen speaker grill. For selfie lovers, we could assume that there is a side-mounted camera, too.

Lenovo Legion 2 Pro Specs Which You Should Look Forward

From its 6.92 AMOLED screen, Legion 2 Pro is said to have a 144 Hz refresh rate thanks to its display. Moreover, it also allegedly has a touch response rate of 3.8 milliseconds and a touch sampling rate of 720 HZ.

Now moving forward, it is also expected to sport a Snapdragon 888 SoC, together with an Adreno 660 GPU.

For its storage, it could arrive with a space that could occupy up to 512GB, and its RAM could reach up to 16GB. Furthermore, the storage could still come in different versions which could feature an expandable space.

We can also expect it to have a 5,500 maH battery which is said to highlight its 90W ultra-fast charging support which is faster than the leaked Vivo iQOO Neo 5 last February. It will likely be supported by a USB Type-C port like we previously mentioned.

What's more interesting is its dual-turbo cooling fan, which is perfectly designed for long hours of gaming. For its cameras, it could have a 44 MP camera for taking a selfie and a 64 MP OmniVision sensor with its small lens of 1/1.32 inches.

Since this upcoming Lenovo Legion 2 Pro will be another next-gen gaming phone, players could use it for streaming 8k videos at 30 fps, and 4K videos at 120fps.