Lil Uzi Vert Buys 'WASP-127b,' Grimes Confirm First Human to Own A Planet and its Bigger than Jupiter

American rapper Lil Uzi Vert is in the process of buying a planet called "WASP-127b," and this purchase was confirmed by musician and the SpaceX CEO's girlfriend, Grimes. The planet the rapper was buying was said to be bigger than Jupiter, and it is an exoplanet meaning it is light-years away from Earth. The enormous planet cannot be habited because of its gaseous nature.

Several planets are being discovered by NASA through the Keppler missions, among others, and these are known to be exoplanets that are far away from where humans are now.

The purpose of this is to discover what is around the galaxy and properly label these exoplanets so they could be identified for references. 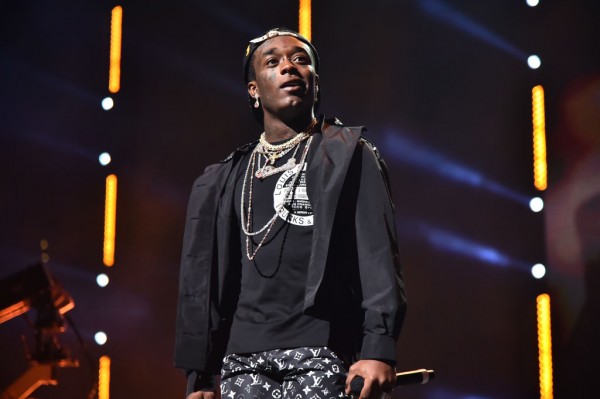 Lil Uzi Vert is buying a planet and it was revealed by Grimes (@Grimezsz) via a tweet she quoted yesterday. Here, the musician tagged the American rapper using his Twitter handle "@LILUZIVERT," and had the purchase revealed to the world.

The quoted tweet discussed the planet of WASP-127b, and it has narrated its characteristics. Its main characteristic is that it is a gas exoplanet, and it is said to be 1.4x bigger than Jupiter.

The tweet also discussed the WASP-127b's similarity to the Earth, which is orbiting a "yellow dwarf star," something which looks like the Sun.

Apparently @LILUZIVERT owns this planet - just a heads up https://t.co/rcyQ2ts7Hj

Read Also: Scientists May Have Discovered First Radio Signal from An Exoplanet! Could This Help Understand Other Outside Planets?

Lil Uzi Vert Says it is 'In Process'

Lil Uzi Vert, who is also known as Symere Bysile Woods, has noticed Grimes's tweet and said that it was supposed to be a surprise. However, despite denying or keeping silent, Woods has confirmed that it was indeed his purchase. He then added that the purchase of WASP-127b is not yet complete, but "still working on it."

There were no revelations by the rapper nor Grimes on how Lil Uzi Vert came to buying a planet, and the price of its purchase.

According to NASA, WASP-127b is a gas giant that is 520 light-years away from the Earth, having the characteristics of a gas giant. Its radius is 1.311 x Jupiter, and the planet's mass is 0.1647 Jupiter.

The scale that NASA has to confirm is the Solar System's gas giant, which was named after the Roman god of the skies.

The WASP-127b can complete an orbit to its dwarf star in 4.2 days, and it is faster than the Earth (365 days) and Jupiter (which takes longer than a year).

Soon, WASP-127b would be owned by Lil Uzi Vert, and maybe the rapper would rename it into something Earth-like, or make a song out of it.

Related Article: 'Hot Jupiter:' Strange 'Cloudless' Giant Gas Exoplanent Discovered As it Passed through a Star, Thanks to WASP