There seems to be a lot of odd discoveries in the universe lately, and we're barely starting 2021 yet. New research brings light to discoveries in the past about a strange planet. Now, it's discovered to have three suns and has a weird orbiting angle. 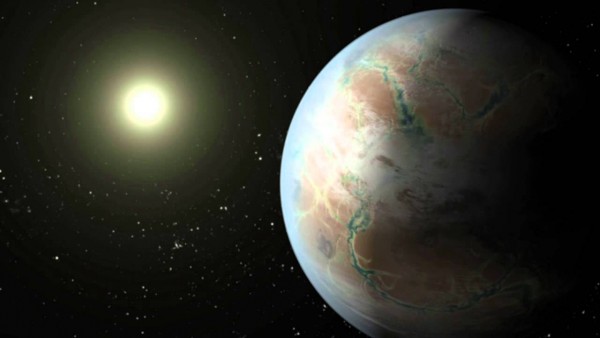 As reprted by Digital Trends, this strange planet is known as the Planet KOI-5Ab and was discovered in 2009 by NASA's New Kepler Mission. As the years went by, Kepler continued to discover more and more planets. In fact, due to tons of discoveries, so many important things have been overlooked.

For centuries, journeys to find other planets like our Earth has been restored by the strong fervor and interest of  hundreds of planets circling other stars. The Kepler mission aims to look for gas giants, hot super earths,a nd ice giants. Now mostly, the misison seeks to look for terrestrial planets that are bigger than the size of the Earth. Ideally, the target planets re those that are in the habitable zone, where presence of liquid water may exist.

The Kepler Mission has been exploring and surveying the Milky way galaxy for many years now. They have discovered many Earth-like planets that are either bigger or smaller in size and are locatefd in habitable zones. They are also identifying billions of stars in the galaxy that may encompass these planets. Although they have produced significant findings, many discoveries have been overlooked.

Thankfully, the team from NASA's Exoplanet Science Institute dared to look back into what was often abandoned as unnecessary information. Chief scientist David Ciardi has initiated the step by looking into the data that was available for the KOI-5Ab. After numerous studies using different telescopes, they have acquired significant data and discovery.

According to an interview with Ciardi released in NASA's official website, "KOI-5Ab got abandoned because it was complicated, and we had thousands of candidates.. There were easier pickings than KOI-5Ab, and we were learning something new from Kepler every day, so that KOI-5 was mostly forgotten."

What's very interesting about this new finding is that KOI-5Ab is being encapsulated in a triple star system, which means that the planet orbits around three stars. This is a very rare thing to find out there according to scientists. Moreover, another thing that was discovered is that it is lying in its orbit at a tilted angle.

In describing the finding, Ciardi said, "We don't know of many planets that exist in triple-star systems, and this one is extra special because its orbit is skewed."

"We still have a lot of questions about how and when planets can form in multiple-star systems and how their properties compared to planets in single-star systems. By studying this system in greater detail, perhaps we can gain insight into how the universe makes planets.", he added.

Scientists have discovered that the planet and its surrounding three stars may not have been formed at around the same time which is pretty rare. In an attempt to explain the planet's unusual tilt, a theory is created that says one of the three stars must have interfered with the planet's orbit, making the planet's gravity tilt to a different plane.