Next Generation Arecibo Telescope is On its Way to Rebuilding; Scientists Explore Replacing Old Observatory

The popular Arecibo Telescope has been around for many years in helping scientists in their astronomical studies. But after collapsing, the Puerto Rico-based observatory could receive rebuilding, according to the experts.

The "fallen" icon has faced many problems in the past, and since its collapse, all of its operations have been shut down. 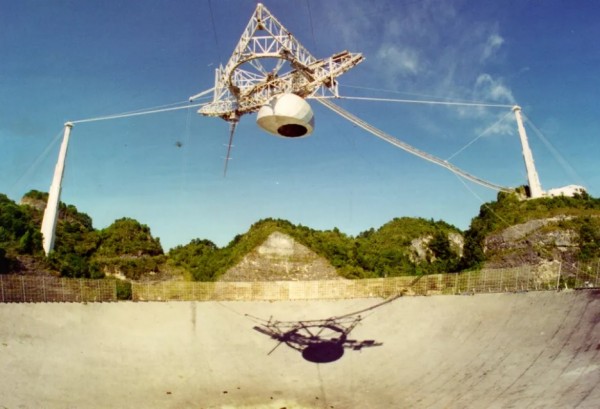 (Photo : NAIC - Arecibo Observatory, a facility of the NSF)
The famed Arecibo Telescope could get a retouch after its major collapse last year.

In the recent article written by Space.com, the Arecibo observatory has become one of the most memorable symbolisms in the field of astronomy for scientists.

According to the report, many of them hoped that one day, the famed icon would receive a rework in the form of a new telescope.

In an interview with the said news outlet, Southwest Research Institute planetary scientist Tracy Becker said that she thought that there were many ways to continue the legacy of the famous telescope in science.

Becker, who is also a co-author in the design paper of the observatory, added that the telescope will not be built as new. What she meant was that the next version could copy the original look of the telescope, or simply follow its desired design.

For that one, scientists could now resume their studies using the iconic Arecibo Telescope.

The Next Generation Arecibo Telescope

According to a group of scientists, the "Next Generation Arecibo Telescope" will be the new name of the fallen telescope.

At the moment, there are no specifications about the design of the telescope. The only thing that the experts hold is the visualization about its potential look. For Arecibo Observatory deputy principal scientist, Noemi Pinilla-Alonso, the team should be well-prepared for the proposal.

Last year, the Arecibo Telescope collapsed. The tragedy that happened to the telescope has been a big loss especially to those groups who rely on it.

Pinilla-Alonso said that they came up with the design two months after the great collapse took place.

"It was not so long that it took me to pass from the feeling of sadness, of frustration, to the feeling of, 'We're doing something good. We're working, we're making progress,'" the co-author stated. With that, the scientists are formulating possible ideas to restore it.

They also want to make sure that the rebuilding process for the Arecibo Telescope will be accelerated this time, as per Francisco Cordova, the Director of the Arecibo Observatory. For Cordova, another study co-author, the incident has left "a really big hole" to them.

After that, scientists have been finding other alternatives for the Arecibo Telescope so that they could still carry out operations using the new telescope.

What Exactly Happened During the Collapse of the Arecibo Telescope

The largest aperture telescope in the world has met an untimely shut down in August 2020 after its cables inflicted a 100-foot damage.

The scientists in the Puerto Rico Observatory decided to temporarily close it, so they could run assessments on how the case occurred to the telescope.

A few months later, the radio telescope did not endure any more the damage that it sustained since August. In November, another cable had been detached, which caused another problem that ultimately led to its shut down.

To view the paper about the design of the Next Generation Arecibo Telescope, click here.