"DragonAge" fans, it looks like you'll have to wait a little bit longer before you get your next fix. 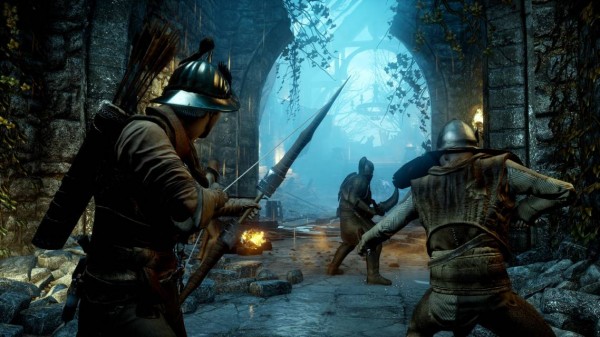 According to IGN, the much-awaited sequel to the already 7-year-old "Dragon Age Inquisition" is still two years away from launching. In addition, "Dragon Age 4" is also rumored to be coming before the next "Mass Effect" game.

Jeff Grubb broke out the information from VentureBeat, who says that their inside sources revealed "Dragon Age 4" to be "on track" for a 2023 release. The game, however, was noticeably absent from the recently concluded EA Play Live presentation.

Should there be no major development hiccups, then the next "Dragon Age" game can be expected to meet the rumored 2023 release window. EA didn't reveal anything further, though. The game was not-so-formally announced back in 2017, when a writer from Bioware confirmed that the game was in the works in an interview with Eurogamer.

There's not much known about the actual game yet, but industry insiders have offered various insights since the game's first announcement over four years ago.

For one, the game's development delays might've been due to EA's decision to remove all instances of multiplayer, according to a report by Bloomberg. This is a very big step, considering EAand Bioware has been increasingly focusing on pushing multiplayer and online elements in many of their most recent games.

Furthermore, the next "Dragon Age" game has also been reported to not go for the live service model, which seems to be the trend among big-name games and game developers these days. So far, the much-anticipated sequel to "Dragon Age Inquisition" seems to be a fully single-player-only game.

Lastly, the game is at least confirmed to be set in Tevinter. This is the only detail about "Dragon Age 4," and its lore that's been announced because everything else is still under wraps.

If you're still holding on to your last-gen PS4 or Xbox One console, you're going to be out of luck if rumors are accurate. That's because "Dragon Age 4" is being made to be a next-gen exclusive title, according to various industry sources.

While the exclusivity is still not confirmed, a 2023 release window puts it right smack in the middle of the surge in the popularity of next-gen. Many developers aim to fully utilize the PS5and Xbox Series X/S hardware capabilities, which means that the next "Dragon Age" game will likely follow the same path.

And that's a good thing since the now seven-year-old "Inquisition" was built during the heyday of last-gen. If Bioware decides they're still going to release "Dragon Age 4" for the PS4 and Xbox One, they're going to be hardware-limited, and their grand plans for the game will not be realized.

Bioware and EA are also rumored to use their Frostbite engine to build the game, which is not surprising given that their recent modern AAA RPG "Mass Effect Andromeda" used Frostbite 3.