Shopify Features an NFT Marketplace Directly on its Platform, First Merchant is the Chicago Bulls

Shopify has recently announced that it opened its NFT marketplace for people to sell and trade tokens via its e-commerce platform. Through this, the NFT market would be more accessible through a multinational platform — which most people already have accounts in, and would be easier to navigate. Users can also become merchants by selling their digital art.

It has been a massive year for stocks and NFTs so far, but not so much for cryptocurrency. That being said, NFTs are in their leagues, and amidst the crypto drops of recent months, these tokens are thriving. 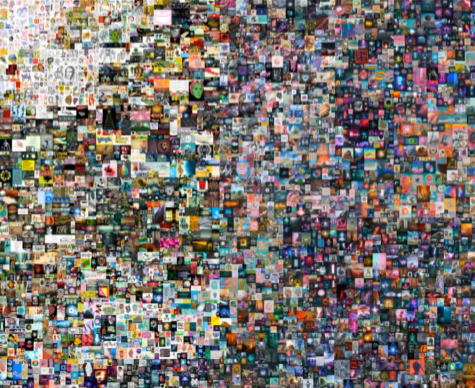 According to Shopify President, Harley Finkelstein via Twitter (@harleyf), Shopify has recently made it available to the public, allowing people to buy and sell NFTs via its e-commerce platform. The entire process would resemble buying a regular item that its merchant has for sale, but instead of waiting for its shipping and receiving, the transaction is instant.

The reason for this upgrade on its platform is to give merchants more power and control over their products, including that of the digital art known as "Non-Fungible Tokens." Recently, the NFT craze has risen mainly due to games like Axie Infinity, and the WAXP NFT protocol.

NFT can be any digital material, ranging from videos, photos, songs, arts, and digitalized objects. It would depend on how the NFT's terms would come to one's possession, especially if it is a full-royalty purchase that would have it deleted across the internet.

Before Shopify offered this capability, merchants would have to sell through a 3rd party marketplace aka less control of the sale and customer relationship. Once again we are putting the power back into the hands of merchants and meeting customers how and where they want to buy.

Read Also: NFT vs Cryptocurrency: Are They the Same Thing?

Is it Safe to Buy NFT via Shopify?

What Shopify boasts of is that it is a known company in the e-commerce industry, meaning that it would be a safe platform to utilize when buying an NFT. Finkelstein added that Shopify's effort is to give merchants a chance for a direct sale, instead of using third party marketplace to distribute a seller's token.

Shopify has been in the industry for almost 13 years now, and it has been a prominent Canadian e-commerce platform. The company is already established and provides a safe place for people to buy NFTs.

The only thing to be wary of are the sellers themselves, especially as they might engage in exploiting the customers, and this does not make the company liable.

What Shopify has already done is to incorporate itself among Big Tech companies like Google, Facebook, and there were speculations that TikTok would be a part of this.

The first merchant in Shopify's NFT marketplace would be NBA's Chicago Bulls, and it would have its domain that is powered by Shopify, also its purchases to be verified by the company.

Related Article: Shopify's Shop Pay Now Available on Facebook and Google Merchants in the US for Safer Checkout Process