New photos and video of the upcoming 2022 Toyota Tundra have given Toyota fans and car enthusiasts a preview of how the interior of the pickup truck will look like.

"With a host of innovative new features and next-level interior refinement, here's a quick glimpse of just some of what the all-new 2022 Toyota Tundra will offer," a press release posted on the Toyota Newsroom website reads.

"More to come when the Tundra is fully unleashed this fall," the press release adds. 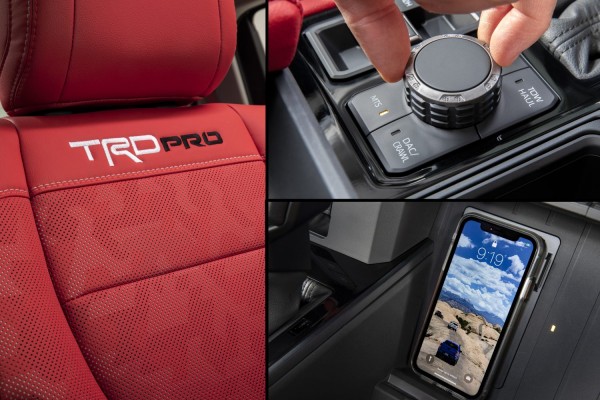 The 2022 Toyota Tundra teaser photos and video did not come with any other details that elaborate on the new features and interior refinement. That is no problem because, as they say, a picture is worth a thousand words. In this case, there are three photos of the 2022 Toyota Tundra interior along with a short video.

According to CNET, one of the teaser photos shows "some cool red fabric, which looks to be perforated leather, appropriate for the range-topping TRD Pro trim."

The CNET report also states that one of the teaser photos for the 2022 Toyota Tundra shows "the nicely detailed knob and surrounding buttons." The surrounding buttons include Crawl Control, Multi-Terrain Select, Downhill Assist Control, among others.

Related Article: 2021 Toyota Supra Models Comes to America and Why it is Better than the One You Have

What is Toyota Tundra?

The 2022 Toyota Tundra is considered as the third generation model and was first revealed by the Japanese car manufacturer last month.

The First and Second Generations of Toyota Tundra

It was during the 2015 model year that Toyota began to offer the TRD Pro option package, which has also been offered with the Toyota Tacoma. The specs and features of the Tundra TRD Pro have changed through the years. As far as the 2022 Toyota Tundra, a teaser photo has shown the TRD Pro branding on one of the seats.

There is no information, as of press time, about what features and specs will the 2022 Toyota Tundra TRD Pro have.