Samsung Galaxy fans have been in the commotion over the past years due to the company's own Exynos chips. Considering that the tech giant has been targeting the dominant market in the world, its products still faced a lot of criticisms from many users.

Each year, there is a new table that Samsung releases, but this still will not catch the attention of the critics.

The latest rumors about the Galaxy Tab S8 might disappoint those who are waiting for this gadget. What the fans know is that Samsung will use its most recent Exynos silicon chip for the leaked tablet.

Since the scuffle with the Exynos 990 began, the company has been struggling to launch its own chip to a new product. 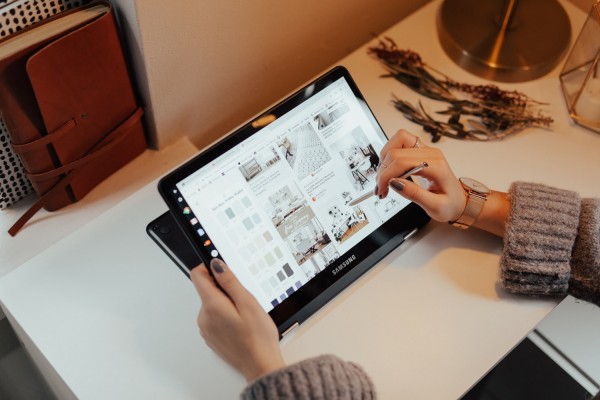 (Photo : Brooke Cagle from Unsplash )
According to the latest leak, the Samsung Galaxy Tab S8 will not be having Exynos 2200 chip.

Before going to the Galaxy S22 next year, this chip will likely be launched first to the ARM-powered laptop. The fast-processing feature of Exynos will be its unique characteristic for its variation.

Unfortunately, according to Sam Mobile's report, some sources say that the said AMD semiconductor will not be introduced to the Samsung Galaxy Tab S8. Instead, the upcoming Qualcomm Snapdragon SoC will be the one to power it in its place.

On top of this leak, there is still a chance that we could see the Exynos chip embedded in the rumored Samsung Galaxy Tab S8 if it compliments the RDNA2 AMD GPU.

This is the time that the South Korean company can have the chance to put the AMD chip on the tablet.

By next year, the upcoming flagship tablet of Samsung will likely be launched together with the Galaxy S22.

In February, the Samsung Galaxy Tab S8 was initially expected to debut during the midyear. Some sources cited that it would be coming in either July or August, according to GSM Arena.

For its price, it was speculated that it would be around $649.999 which is the same as its predecessor, Galaxy Tab S7.

Most importantly, we could see small increments in its value given its upgrades.

Before the news about the Snapdragon 895 broke, the early rumors about the Tab S8 revealed that it would get a Snapdragon 888 chipset. This would be a slightly better alternative to the Qualcomm Snapdragon 865+ which powered the Tab S7.

Meanwhile, the Samsung Galaxy S21 FE could potentially struggle in its launch. The news came after the announcement that it would only be available to two markets.