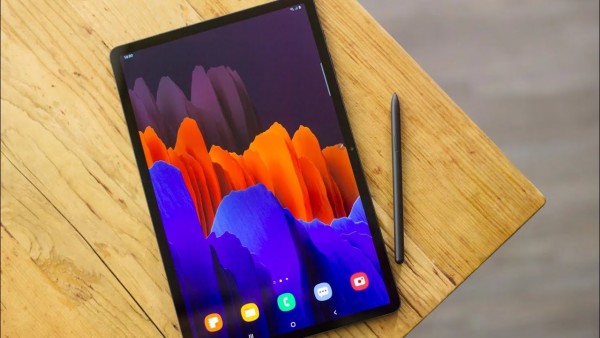 According to Android Headlines, the Galaxy Tab S8 had its first appearances on Samsung's Ireland-based website. The Android tablet giant has previously released an impressive list of tablets, including the Galaxy Tab S7 and the S7+ which have made a proven track record.

Samsung Ireland's official website has released some specifications that pertain to the upcoming flagship tablet. The Galaxy Enterprise Edition will have a microSD card slot, as well as an expandable storage up to 1TB that can be used at user's own disposal

The Galaxy Tab S8 has more details with regards to specifications. It is expected to have an 11-inch LCD panel. Moreover, it has an impressive 120Hz refresh rate. On the other hand, the S8+ Galaxy tab has a bigger panel which is a 12.4-inch AMOLED display and also has a 120Hz refresh rate as well. The AMOLED panel is only only available for the Galaxy Tab S8+ It is also reported to come with a fingerprint scanner. On the other hand, the vanilla model will have a side-mounted fingerprint sensor.

Users can also find the two devices convenient due to its 25W fast charging. As told by Phonearena, the Samsung S8 series and more imporantly the Enterprise edition may be seen as the biggest competitor by another giant Apple. Being a great rival to the iPad Pro, the Galaxy S8 series will likely be a huge hit once it has been released. So far, the Galaxy Tab S8 series are still 'coming soon.' There are no exact dates yet to the launching but it may come sooner than expected. We will keep you posted on any news about the Galaxy Tab S8 series.