Many people find it hard to incorporate professional photography using only their mobile devices. Some are creative in their photoshoots, while others know the perfect blend of elements to create a beautiful masterpiece.

At the end of the day, the settings from your phone's camera will still dictate the quality of your shots.

For those who now engage in mobile photography through their Galaxy gadgets, the "Pro Mode" could actually become the norm for the smartphone trend for the South Korean brand.

Telephoto 'Pro Mode' Has Been Around For Many Phones 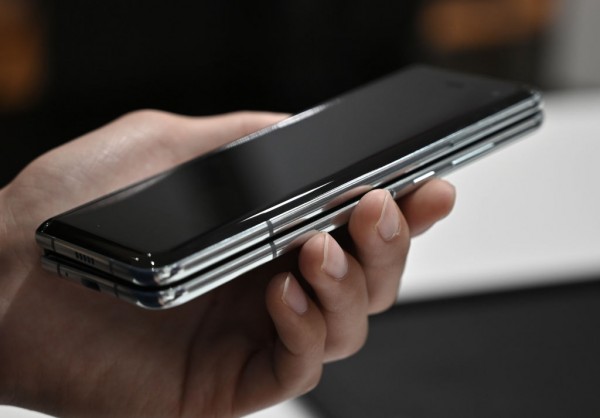 (Photo : JUNG YEON-JE/AFP via Getty Images))
A visitor looks at a Samsung Galaxy Fold smartphone at a showroom in Seoul on September 6, 2019. - Tech giant Samsung launched its hotly anticipated first foldable smartphone on September 6, months after faulty screens forced an embarrassing delay of its release

According to a recent report by SlashGear, before Samsung had to decide to incorporate telephoto cameras into their products, many luxury mobile brands had already embraced this feature.

It sounds late for the tech giant to merge it as a smartphone feature, yet it is still not late to be added for the fans.

Using mobile phones for photography is easier compared to using a DSLR or any camera. The quality of the shots, however, strays far from each other since premium cameras are packed with extensive and compact features for taking shots.

Of course, this would be a challenge for the photography enthusiasts to produce the near-similar results coming from an established camera.

Beginning from hardware to software, premium cameras are always the best option for photography.

Some photographers can pull a nice trick by only relying on their smartphones. From testing several combinations of elements such as hue, lighting, color, and others, they could capture images comparable to the photos taken from a true camera.

Samsung Galaxy Phones' Adoption of 'Pro Mode' is a Challenge

To install the feature in the main camera of the phone, the gadget should manage to allow it in the first place.

Specifically, Samsung should step up in upgrading the components and other features in the flagship phones so that they could handle the telephoto capabilities well.

At the moment, it's too early to assume that Samsung could make that a staple, but since endless innovation is happening, the company could finally bring Telephoto "Pro Mode" to the public soon.

For the newest Galaxy S21 Ultra and Galaxy Note 20, many people have been expecting that the tech giant will introduce the telephoto cameras there.

According to Tizen Help, Samsung seems to be listening to what the users want in their next flagship phones. With that, the arrival of the "Pro Mode" could land at any time, given that the company showed interest in adding it.

In the report, the moderator mentioned the telephoto camera.

The limitation in the article only tackled other features, such as white balance, exposure, and ISO, which could also land in the Samsung Galaxy phones.

Since this is an upgrade, the feature will possibly demand fresh hardware together with updated firmware for the camera.

Samsung does not want to lag behind the competition against other tech titans. If adding Telephoto "Pro Mode" means that it could catch up, the company could stick with its plans of officially installing it in the upcoming flagship devices.

In January, Xiaomi 11 Pro and Galaxy S21 Ultra were compared.

Despite rumors that the latter will have a telephoto lens, the Chinese smartphone brand emerged to be the better option.

Earlier this month, the rumored Sony Xperia 5 III which is expected to come in September is allegedly having the telephoto feature for its camera as well.