A prediction made by Albert Einstein in his theory of general relativity has come true as astrophysicists have detected light coming from behind a black hole.

A team of scientists made the analysis after a series of bright flares of X-rays was detected behind a supermassive black hole.

"Any light that goes into that black hole doesn't come out, so we shouldn't be able to see anything that's behind the black hole," according to Dan Wilkins, an astrophysicist from Stanford University and lead author of the paper about the research, as quoted by Phys.org.

Wilkins added, "The reason we can see that is because that black hole is warping space, bending light and twisting magnetic fields around itself."

The analysis made by the astrophysicists has been published in Nature.

Albert Einstein once proposed in his theory of general relativity that a black hole's "intense gravity could bend light around itself," according to Gizmodo.

Despite the prediction made by Albert Einstein in his theory of general relativity, which he published in 1915, it has not been proven until now.

"Fifty years ago, when astrophysicists starting speculating about how the magnetic field might behave close to a black hole, they had no idea that one day we might have the techniques to observe this directly and see Einstein's general theory of relativity in action," according to the paper's co-author, Roger Blandford, as quoted by the Phys.org article.

Light Behind Black Hole: How it was Detected 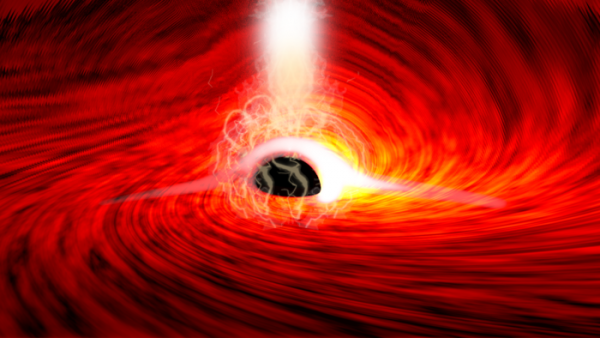 According to the report by Gizmodo, the astrophysicists studied the coronal flares detected from a supermassive black hole called I Zwicky 1. What the researchers saw was that "some of the X-rays produced by the flares were reflected off the far side of the black hole's disk, bent around the object by its gravitational field."

The X-ray light then reverberated off what is known as the accretion disk of the supermassive black hole, causing the X-ray light to bend around it and back toward the telescopes used by the astrophysicists.

According to Wilkins, he first detected a series of bright flares of X-rays, which were then followed by smaller flashes of X-rays of different colors he found "unexpected."

What is a Black Hole?

Central to the new research as well as Albert Einstein's theory of general relativity is the black hole, which the National Aeronautics and Space Administration (NASA) says is "a gravitational field so strong that nothing, not even light, can escape."

There are different types of black holes. A supermassive black hole is considered the largest type.

Also Read: Einstein's Theory Of Relativity Is Fraying At The Edges, But It Still Holds Up For Now

Einstein’s Theory Of Relativity Is Fraying At The Edges, But It Still Holds Up For Now