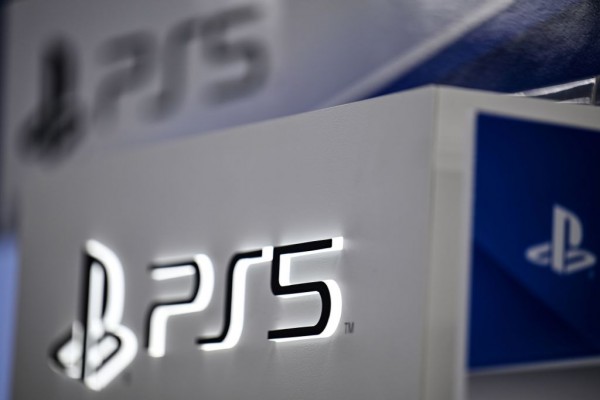 (Photo : by CHARLY TRIBALLEAU/AFP via Getty Images)
Sony's Playstation 5 logo is seen at an electronics store in Tokyo on November 10, 2020, ahead of the gaming console's release scheduled for November 12.

The console maker first hinted that it will be provided more storage options to the PS5 on February 26.

As Sony rolled out the SSD expansion support to beta users, Seagate coincidentally announced that the FireCuda 530 series is officially compatible with the PS5.

The Verge noted that the beta system software was initially available to the United States, United Kingdom, Japan, Canada, France, and Germany users of the popular gaming console.

The highlight of the PS5 latest beta release centers on the long-awaited M.2 SSD expansion support.

As per Finder, fans of the Sony console have been looking forward to the expansion feature, mainly due to the "pathetic" 667GB of available hard drive space of the PS5. The outlet further noted that the "Call of Duty" already takes up a massive memory at over 200GB.

The support page of Sony said that to expand the console storage, an M.2 SSD needs to be a PCIe Gen 4 that can achieve at least 5,500MB/s.

As such, Gen4 drives like the Western Digital SN850s, Samsung 980 Pro, or any similar drives fit well to the PS5.

Nevertheless, Sony still touted that even if supported Gen4 drives boasts a 5,500MB/s or better, it may not present the "exact same performance" when playing games than the internet drive.

Sony further noted that users should consider the cooling requirements of the PS5 before slapping an M.2 SSD.

To be precise, the Japanese-based tech company specifically noted that the gaming console needs a heat dissipation tech that carries a cooling structure, pointing that a heatsink is a good example.

Do it yourself folks out there will be glad about what Sony is about to say next.

The company suggested that "you can attach one to your M.2 SSD yourself," pertaining to the heatsink. It further noted that both single-sided and double-sided formats are not a problem.

It is worth noting that the system architect of PS5, Mark Cerny, predicted even before the launch of the gaming console that there will be limited third-party SSDs that will be compatible with the Sony device.

However, the next-gen M.2 SSD of Seagate, the FireCude 530, is now confirmed to be the first officially compatible with the PS5, the data storage company announced via PushSquare.

The country manager of Seagate, Jeff Park, said that "today we can confirm that the FireCuda 530 with the heatsink has met all the PS5 requirements."

Elsewhere, SSDs are reportedly reaching more record-high sales in the next few years.