Google Doodle has reminded us that we are an evolution of the initial species that lived on Earth and that humans are from the "Homo Erectus" line.

In 1984, researchers have found traces of skeleton fragments believed to be from the Homo Erectus, and this has led to the focus on fossils that looked at early humans who roamed the planet.

There were a lot of places that were believed to be where "cavemen" or ancient humans have lived, as its remains were spread throughout the land. One fossil was found in China, and it is believed to be around 150,000 to 412,000 years old. 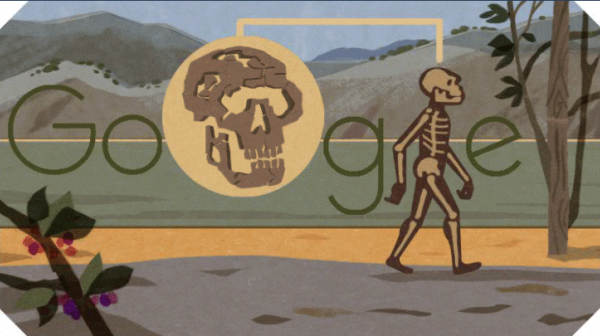 One of the greatest discoveries of the 20th century and modern civilization is its origins, and it is celebrated by Google Doodle, calling the discovery "Turkana Human." According to Google, this group of researchers was initially unaware that the small piece that they have found on the lake of Turkana Basin was a hominid species of the "homo Erectus" classification.

This discovery was found and revealed last August 1, 1984, and it made way to a massive study that looked at human evolution in a different light. The expedition was said to have begun in 1967, and it has lasted as much as 20 years, as the scientists kept digging to search for the remains.

This has given way to the knowledge that humans are not from a single lineage, and instead, coming from multiple origins. As added by the Smithsonian, there were as many as 24 species believed to be the origins of humans, and the final evolution is the "Homo Sapiens," where the current society identifies.

Read Also: How Food Processing Helped You Learn How To Talk

The Homo Erectus in 1984 was called the "Turkana Boy," and was found at Lake Turkana Basin in Kenya, where a group of researchers has found it on a "fossiliferous lake."

According to the Smithsonian where its remains reside now, the Turkana Boy from the Homo Erectus group was in fact at a developing age of 8 to 9 years old, as it did not have third molars.

The fossil of Turkana Boy was believed to be 1.6 million years old and was from the continent of Africa. The boy also stood at around 5 feet and 3 inches, and is 40 percent complete in terms of bone structure.

Human Evolution has been a massive debate in a lot of years, as a lot of theories have suggested that humans were coming from different origins.

The species of Homo sapiens have gone on to build the society which people live in now, creating a lot of great innovations and discoveries that launched the world into modernity.

It is not bad to look at the origins of the human species, and Google Doodle has reminded people that they have gone through a lot, and evolution does not stop from being homo Erectus to the now homo sapiens.