NFT Game ‘ZooRena’ Launched by Gamified Yield-Farming App ZooKeeper — What It is, How to Play, and MORE

A new NFT game has been launched by a gamified yield-farming app built on Wanchain known as ZooKeeper.

"ZooRena," the new NFT game launched by ZooKeeper, aims to bring a new experience to gamers and NFT enthusiasts with its live battles, in-game events, and NFT boosting. Wagering is also part of the "ZooRena" experience.

NFT Game 'ZooRena': What is It? 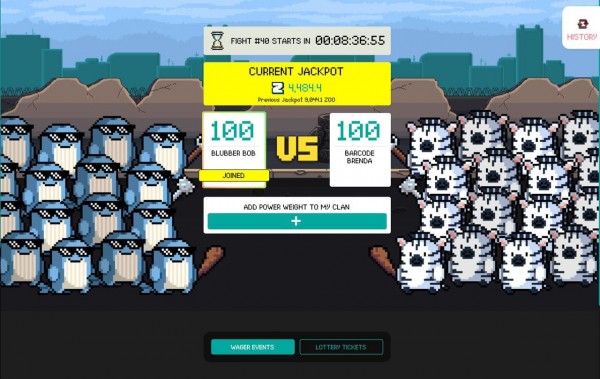 "ZooRena" is an example of an NFT game, which has been growing in popularity as of late. "Axie Infinity" is another popular NFT game you might have already heard of, along with other examples such as "Gods Unchained" and "Splinterlands."

"ZooRena" is described by an article by BeInCrypto as a "unique, interactive battle game in which two opposing clans from different ZooKeeper mascots will battle once a week."

According to ZooKeeper, the two clans will be randomly selected once a week and those who would like to participate are free to choose which clan they would like to support. Participants can support their chosen clan by attaching an NFT to add strength and amp up the clan's chances for survival.

"ZooRena's" in-game events will be available for participants to wager upon. Participants, however, will be asked to pay an entry fee in order to join.

How to Win in 'ZooRena'

Winning in "ZooRena" is pretty straightforward. The clan with the highest score at the end of the contest wins. Participants of the winning clan will get a Silver chest, along with three lottery tickets that will give them a chance to win the jackpot.

According to the article by BeInCrypto, each clan begins with a total of 100 points. The goal of each clan in every battle is to reduce the total score of their opponents.

As previously mentioned, NFTs can be attached to boost clan power. However, those used for farming pools and the like cannot be used for this purpose.

Wagering and the Lottery: How Do They Work?

According to BeInCrypto, each contest in "ZooRena" "will have 9 types of wager events and each can have several different outcomes."

Wagers can only be placed before each "ZooRena" event begins. The cost, which will be paid in $ZOO, is dynamic and will be dependent on the "probability of a prize being issued combined with the current market price of a gold or silver chest."

Users will also be given the option of a silver or gold chest for each wager, which will have corresponding rewards.

At the end of each battle, three tickets from those in the winning clan will be randomly selected. The jackpot will then be distributed evenly between the winning ticket holders.