Google Maps is one of the most reliable direction applications in the market. The tech developer's popular application provides accurate information about certain places. 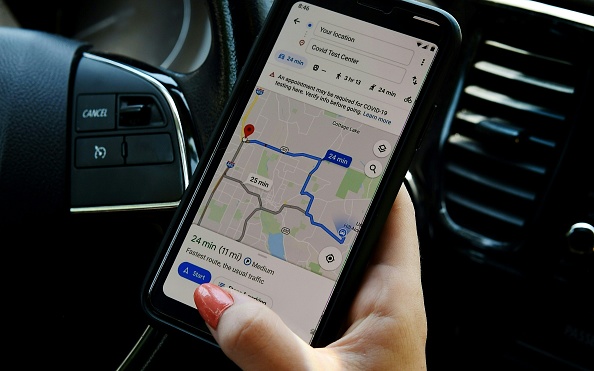 (Photo : Photo by OLIVIER DOULIERY/AFP via Getty Images)
This illustration picture shows Google map application displaying medical facility or a COVID-19 testing center on a smartphone in Arlington, Virginia on June 9, 2020. - A new version of Google's mapping service being rolled out will display pandemic-related transit alerts and let people know when buses or trains might be crowded.

Aside from this, Google Maps also offers a bird's eye-view and the most updated appearances of roads, structures, and other places. Thanks to the company's essential updates, users can take advantage of more advanced app map capabilities.

However, there are still some instances where some hackers and even regular pranksters can bypass the security system of Google Maps to include their own images.

Now, a new image went viral after some anonymous individuals claimed that it is a newly captured photo of the popular Loch Ness monster, a popular mythical creature that is claimed to be living in the lakes of Scotland.

According to News.Com.Au's latest report, the viral image of Loch Ness on Google Maps was leaked by Twitter user @impedrolopez.

"PUBLIC ANNOUNCEMENT search "loch ness" in Google Maps, and click on the street view (I apologize in advance)," said the prankster. 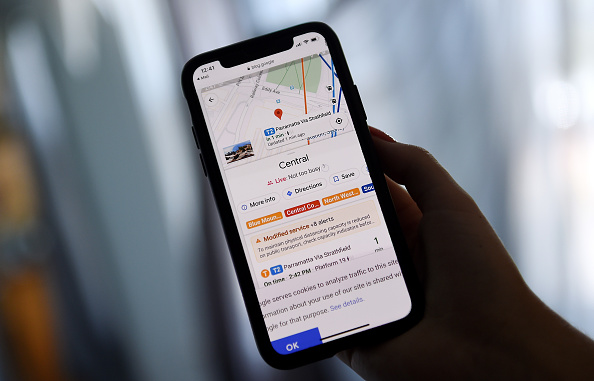 (Photo : Photo by OLIVIER DOULIERY/AFP via Getty Images)
This illustration picture shows Google map application displaying popular times for transit station and how busy it is at the moment on a smartphone in Arlington, Virginia on June 9, 2020. - A new version of Google's mapping service being rolled out will display pandemic-related transit alerts and let people know when buses or trains might be crowded.

His viral Twitter post was able to attract a lot of users in the comment section. They are asking the leaker regarding the image since they were not able to see it.

But, they were shocked after the Twitter user shared the actual photo of the claimed Loch Ness monster. Instead of seeing a giant serpent-like creature, the man shared an image of a naked guy, who seems to be in a hotel in Lago Ness, Scotland.

i did some investigative journalism and i found out that he gets off on posting his nudes to popular attractions on google such as disney world and an all-girl’s japanese high school, he gets turned on by the high view counts of the photos pic.twitter.com/MmsNdptLvr

One of the commentators confirmed that he investigated the trending image of the selfie-taking man. He added that this is the guy's habit of taking photos of NSFW (not safe for work) in various popular places, including Disney World and an all-girl Japanese high school.

In other viral news, an airplane evacuates passengers after a kid sent airsoft gun images via iPhone's AirDrop. On the other hand, TikTok's Frozen Honey challenge is also getting a lot of attention from its users.

Google Maps Already Took It Down

New Zealand Herald reported that the viral image was able to generate more than 640,000 views from curious users.

However, you can no longer see the photo since Google confirmed that the NSFW image was already taken down from the platform.

For more news updates about Google Maps and other viral stories, always keep your tabs open here at TechTimes.

Related Article: Google Employees That Opt to Work-From-Home Could Experience 5% Up to 25% Pay Cut