Unity Acquires Parsec for $320 Million, 3D Engine Would Use It for Its Planned Cloud Platform

Unity has acquired Parsec, and it is the biggest acquisition venture of the company up to date, paying a total of $320 million for the company. Parsec is a known software that aims to give creators a chance to develop their technology and have a platform where they can use it as a tool and avenue to do their work.

The new owner company has revealed their initial intentions for Parsec as a Cloud platform, after it finished the acquisition process, Unity would continue what the company has started.

Unity is known to develop 2D and 3D engines for different games, and here, these games can fully run their features and functions in a more refined output for gamers. 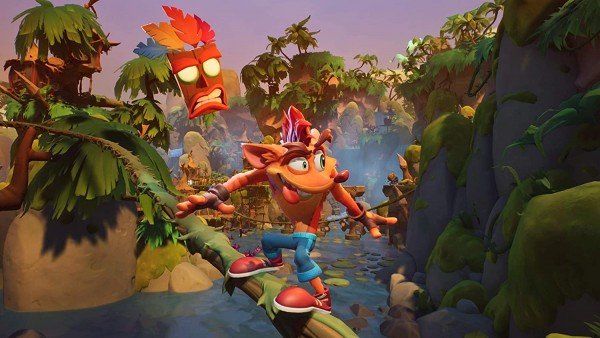 (Photo : Amazon)
Crash Bandicoot 4's BARGAIN Guide: Here's Where to Buy It At a Cheaper Price!

According to Unity and Parsec's Twitter exchange, the acquisition is now complete and confirmed by the company, and both would soon work together to bring a new experience for all. The acquisition costs $320 million, and it is the biggest fee that Unity has paid in acquiring a company, which is a massive move for them.

Unity is excited to acquire Parsec in the near future. Together we’ll empower creators to work together & leverage high-performance processing from anywhere. Get all the details via @TechCrunch 👇 https://t.co/G48hAx7yhH

Both companies adore each other as seen on their exchange, showing their fascination and appraisal of each other's work. The acquisition was not made in vain or due to either of the companies falling out of their businesses, but it is because both want to work together.

According to Tech Crunch, Unity would be utilizing the remote platform of Parsec, as it has been a popular service that has made way for creators to have tools to make their respective crafts.

Moreover, Parsec would help Unity achieve its goal of transitioning into a cloud platform for the company's developers to work in and have it for its 3D engine.

Read Also: Facebook, Unity Working On A PC Gaming Platform: Will It Be Able To Challenge Valve's Steam?

Unity and Parsec have shown that they adore each other on Twitter, and have shown nothing but good words for the other, praising both companies for their work. There was no information if both of them have worked with each other before this, but it seems that their partnership has a good foundation.

.@unity3d We're huge fans of you, too. You know what? Let's do it. You wanna share the news?


Parsec is a free platform that helps people have tools in their arsenal, to create and develop content for their respective medium.

Most creators have left their tools and software at the office during the start of the lockdowns, and Parsec has helped bring it closer to them via their platform.

Unity is known for its 2D and 3D engine which games on the mobile, console, and PC platforms have been using for a long time now, and it has proven that their work is exceptional. Now, they are looking to bring most of their services online, particularly to the cloud, and that would help the company for their soon venture.

While it was not specified, speculations now brew to Unity developing their games, and it would be through Parsec's online tools that it would be done. Nothing is confirmed or certain for this venture as of now.

Related Article: How To Fully Use A PS5 Controller on PC