Facebook Messenger's 'Soundmojis' Arrives, Here's How to Use Them

Facebook Messenger's latest feature is known to the public as "Soundmojis" which is a clever mix of sound and emojis packed into one emote. Users can send this to as many friends they like, provided that they still use the Messenger app for smartphone devices, as it is not available via web browsers.

It has been a month since Facebook initially introduced soundmojis, and it is an addition made last Emoji Day, on July 15. The tech has given users a chance to express more than what normal chats can do, as its sound feature brings popular sounds from pop culture references like "Brooklyn Nine-Nine," and other prominent shows. 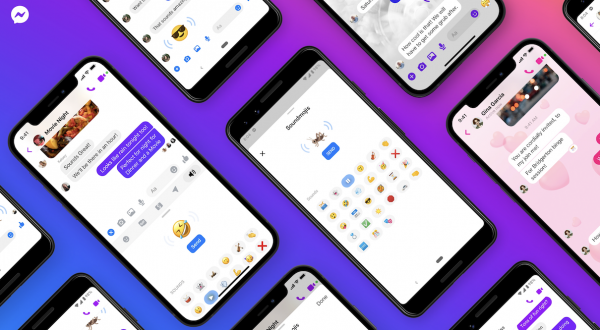 Facebook says that 2.4 billion people send emojis every day, and a lot of them have used these emote icons to convey how they feel. This has accurately been the staple choice for showing emotions in the online world, and it dates back to the beginnings of the online world, where people use services like Yahoo! Messenger, and more.

Users only need to have a smartphone device that has the latest update of Facebook to get this feature, and it is available to everyone for free.

To use soundmojis, users need to head to the chat to which they want to send Soundmojis.

Ensure Your OS is Up to Date, Update Your App Too

The Soundmojis is a great new option to express one's self, especially as it adds another sensory element to the online world, where it is mostly text and images or visuals. To ensure that it would work well, update your Android or iOS smartphone to the latest operating system version.

Most of the updates of apps like Facebook and Messenger are heavily dependent on the currently running OS, as it would ensure a smooth play to both the app and smartphone.

Is it Worth it to Use Messenger for Soundmojis?

Facebook and Messenger were caught in the early controversy of privacy and ad-tracking, making people skeptical or elusive of using its app. Initially, Facebook faced a boycott on its products because of this.

However, iOS users are fortunate as it has the option of preventing certain apps from tracking them, with the "Ask App Not to Track" feature. With this, users can feel free to use apps like Facebook Messenger and have no worries if it would track them in the background.