A Netflix parody called "Nestflix" is coming to bring people a chance to "browse" mock-ups or fake movies and television shows from real movies and series to the world. It may sound confusing at first, and somehow impossible, but the start-up company aims to bring these titles which were only made for a plot, to life.

Netflix has focused its ventures on mobile gaming, and it aims to bring more users to the platform, as they believe that there is a torn interest between gaming and media streaming.

It is unknown if Netflix is continuing with its speculated advancements with Sony, especially as it was initially mentioned for its plans in 2022. 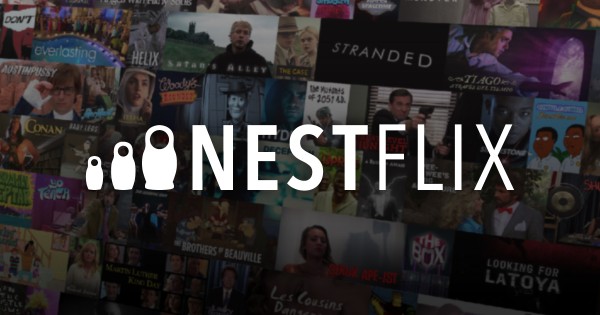 "Nestflix" is now gaining a lot of publicity and popularity, especially among users which are massive fans of pop culture and series. At most series or shows, there are mock-ups or "fake" movies or series which were made by show writers or producers.

Web designer, Lynn Fisher, has conceptualized "Nestflix," a platform that would show a "movie within a movie" or a show within a show. The platform has launched earlier today, and it brings a lot for people to look forward to, as they relieve comical shows that were made for their favorite movies or series.

Read Also: Netflix Gaming's Focus is Mobile, To Have a Subscription Service Like Xbox-Will They Expand to Console?

Users can now access Nestlix via its website, and here, they may see the mock-up movies that were only made for the main character's plot. One example would be "The Office US's" "Threat Level Midnight," which was made by the branch manager, Michael Scott, played by Steve Carell.

Fortunately, "Threat Level Midnight" was showcased as a film of its own via the show, as it was premiered by Scott in Season 7, Episode 17 of "The Office."

Most of the focus of this is to portray that main characters also take time in having leisure times or stream movies, and not only go on with their stories as heroes or as the star of the plot. Despite being fillers for the plot, several of these mock-up "movie within a movie" has made serious laughs for users, and lives on to the show's fandom.

What’s your favorite movie within a movie? I’m sure a lot of you love Angels with Filthy Souls from Home Alone. https://t.co/MtDOmZiZbG

Several of these mock-ups are also known to be parodies from wild imaginations of the characters in the real movies or series and were given snippets by the producers, writers, directors, or animators.

The website would only show what was made by the studios and their respective sources, giving them proper credits and recognition. The Nestflix parody website only aims to compile the many movies within a movie in the real world's pop culture into a single database, where people can search and re-live them.

Fisher aims to continue the database and providing pop-culture references behind it and would be free for users to access the Nestflix.

Related Article: How to Watch Netflix on Nintendo Switch Even If it is Not Officially Supported by the Console