The BepiColombo spacecraft, which is headed for Mercury, has managed to snap a photo with another planet along the way.

The European-Japanese probe was able to beam back the selfies along with other measurements it was able to take before continuing on its way to its intended destination. 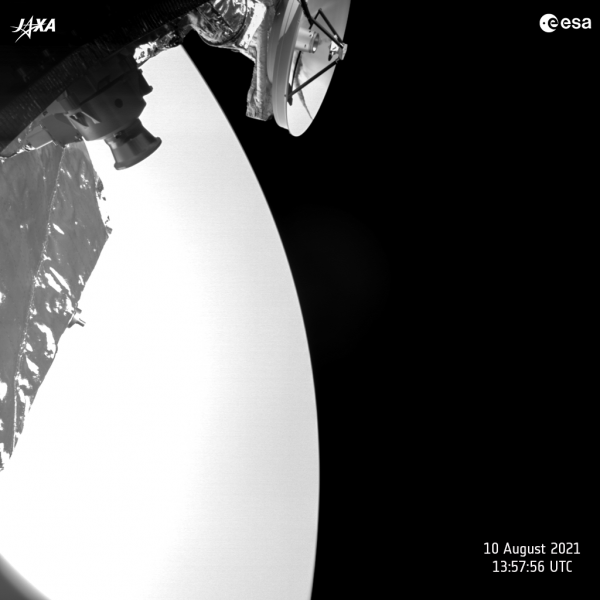 The BepiColombo spacecraft has taken a couple of selfies with Venus when it passed by the planet on its way to its destination, Mercury.

The first image has been released by the European Space Agency (ESA). The ESA has been cooperating with the Japan Aerospace Exploration Agency (JAXA) on the mission, according to Space. The agency also said that more photos will be released in the future.

BepiColombo's first selfie with Venus was taken on Tuesday at 9:57 a.m. EDT (13:57 pm GMT) when the European-Japanese spacecraft was 977 miles from the surface of the planet. The image, however, is overexposed due to Venus' strong reflectivity.

"Venus is a very bright planet and those selfie cameras weren't designed to observe such bright objects from such a close distance," according to BepiColombo project scientist Johannes Benkhoff, as quoted by Space.

BepiColombo was also able to take measurements of Venus that can help scientists learn more about the planet's atmosphere and chemical composition.

BepiColombo is the first European probe on Mercury and has been named after Giuseppe "Bepi" Colombo, an Italian physicist.

It was launched on October 20, 2018 and is expected to arrive at its destination in 2025, according to the ESA. The mission is expected to last for one year with a possibility of a one-year extension.

Per the report by Space, BepiColombo will have its first glimpse of its destination on October 1.

BepiColombo has been able to take selfies of itself as well as selfies with Earth, and now Venus, thanks to three selfie cameras on the spacecraft. These cameras are able to create black and white images that have a resolution of 1024 x 1024 pixels.

Aside from the three selfie cameras, the BepiColombo also has a high resolution stereoscopic camera, according to the report by Space. The camera, however, cannot be used during the spacecraft's trip.

The upcoming Mercury flyby is expected to result in better pictures than the one BepiColombo was able to take with Venus. This is due to the fact that Mercury is a darker planet and not as reflective as Earth's twin planet.

Also Read: [VIDEO] BepiColombo Spacecraft Takes Stunning 'Selfie' With Earth During Its Flyby on a 7-Year Journey to Mercury