A pair of Apple AirTags and Bluetooth trackers have helped a man from New York recover his stolen electric scooter.

The owner of the scooter, Dan Guido, then went on to chronicle his journey to retrieve his stolen electric scooter in a Twitter thread. The Twitter thread consists of a total of 22 tweets detailing Guido's journey. 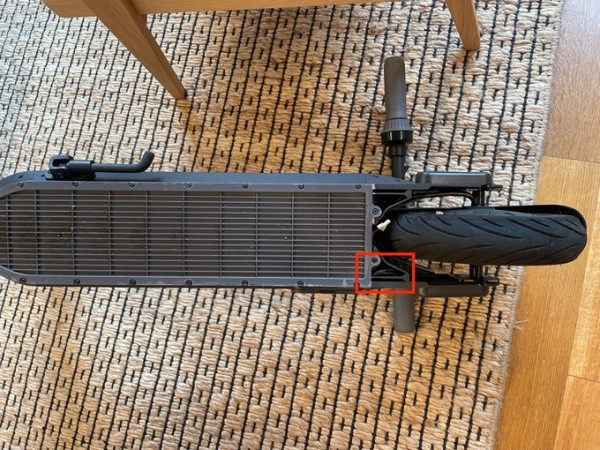 Dan Guido, who chronicled the experience in a 22-tweet thread on Twitter, had previously hidden two Apple AirTags in the electric scooter by concealing them with duct tape, according to a report by CNET.

According to one tweet in his Twitter thread, Guido hid one of the Apple AirTags in the wheel well, while the other was placed inside the stem.

The theft of his electric scooter happened while he was out for dinner. Guido admitted he forgot to lock one of the motorcycle handcuffs he used to secure the scooter a grate.

Guido tried to ask the help of the New York Police Department to find his missing electric scooter. "They weren't familiar with AirTags, thought I might be enlisting them to steal something, and refused to walk with me if I knocked on a door or into a store," Guido said in one of his tweets.

According to another tweet in the thread, "iPhone users automatically receive a push notification if an unknown Airtag has been 'following' them, without its owner, for a random time between 8 and 24 hours." The Apple AirTags' anti-stalking security update was rolled out in June.

When he realized that the Apple AirTags in his scooter had not moved at all for a full week, Guido tried to convince the police yet again to help him recover his electric scooter. He succeeded this time around.

Was the Electric Scooter Recovered?

Dan Guido and his stolen electric scooter were eventually reunited after he and two NYPD officers tracked the Apple AirTags to an e-bike store selling second-hand scooters. The moment they entered the store, Guido received a UWB ping that told him his bike was 13 feet away.

When he found his scooter, the employees of the store were in disbelief and skeptical. He went on to play sounds from a hidden AirTag. When that did not convince everyone, he paired it with the Ninebot iOS app.

Now reunited with his stolen scooter, Dan Guido ended his Twitter thread with the following lessons and tips if you'll use Apple AirTags for theft recovery:

Here are a few lessons learned if you’re using Airtags for theft recovery:
1) Use an Airtag adhesive that blends in and muffles noise. It’s clear my thief was looking for them.
2) Do not turn on Lost Mode. It immediately alerts the thief they’re being tracked.

What are Apple AirTags?

An AirTag is essentially a tracking device developed by Apple that was released just last April.

An AirTag can be set up with an iPhone, iPad, or an iPod touch, according to Apple. Both the Bluetooth, Location Services, and "Find My" have to be turned on. A strong Wi-Fi or cellular connection is also needed to set up an AirTag.

Apple AirTags Impress Users With Hig-Tech Features, But Is It Stalker-Proof?