"Escape from Tarkov" fans, and you're going to have to wait just a little bit longer.

NME reports that the game won't be featured at this year's Gamescom, with the confirmation coming straight from developer Battlestate Games. A spokesperson from the studio revealed that the dev team making "Escape from Tarkov" are skipping the festivities because they want to focus on the game itself. 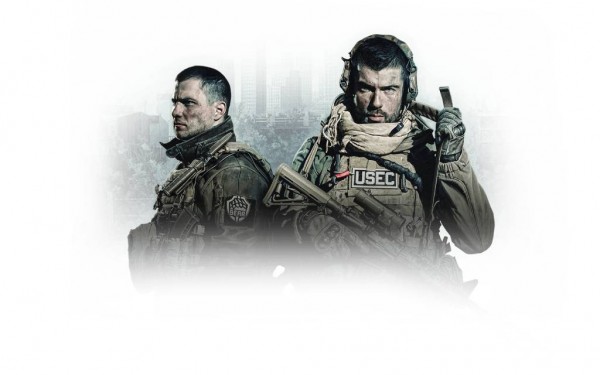 What this means is that any anticipated updates on the game's "Streets of Tarkov" update won't be coming. There will also be no commentary whatsoever on the newest "Escape from Tarkov" updates that have rolled out recently.

It's going to be slow from here on out with regards to this specific game. The last big update did bring a lot of major changes, like new barter trades for Jaeger, as well as tweaks to the stash that made it easier for players to get more space in their inventory, even if they only bought the standard edition of "Escape from Tarkov," writes The Loadout.

"Escape from Tarkov," despite skipping Gamescom 2021, however, did get reworked a lot since patch 12.11 brought Scav and Tagilla karma. The game's most recent update brought a post-raid stat which allowed players to see how specific in-raid actions affected their Fence reputation. Battlestate Games also nerfed the effectiveness of armor before that, which gave low-level players a chance to beat those who are wearing top-quality protection.

E3 2021 was the last big look at the game, when gamers of the gritty, hardcore first-person shooter got a glimpse of the new "Streets of Tarkov" map. The map features the fictional Norvinsk region, which allows players to act as soldiers of either the Western United Security (USEC) or the Battle Encounter Assault Regiment (BEAR).

Read also: Dr DisRespect Loves Escape From Tarkov, Except For One Thing

'Escape from Tarkov' Is Out of Gamescom, So What Now?

Battlestate Games may not be bringing "Escape from Tarkov" to the stage this year, but there's still plenty of things to be excited about for Gamescom 2021.

(Photo : Rafael Henrique/SOPA Images/LightRocket via Getty Images)
BRAZIL - 2021/01/20: In this photo illustration, a hand of a person holds a smartphone with a Gamescom logo displayed in the background. (Photo Illustration by

The main event is scheduled to start on August 25, 11 AM PT. The so-called Opening Night Live, which is hosted by Geoff Keighley, will kick off. Afterwards, over 30 games will be shown off during the entire two-hour showcase, which will be available for streaming on Twitch, YouTube, Twitter, and Facebook, reports CNET.

Perhaps the biggest announcements could come from Microsoft and Bethesda, expected to reveal new information about previously announced games. There's a good chance that fans will know more about "Forza Horizon 5" and "Halo Infinite" to start. Or maybe they could pull off a surprise reveal of new stuff about Bethesda's brand-new IP "Starfield," as well as the long-awaited "Elder Scrolls 6."

Sony skipped this year's E3 and will also be skipping Gamescom, though there could be a chance that they're going to hold a new State of Play event ahead of Gamescom 2021, writes IGN. It's worth noting that Sony did drop extended gameplay reveal for "Horizon: Forbidden West" days before E3 2021, so this is a real possibility.

But to save you the trouble of waiting for someone who probably won't show up, you can still watch out for other industry giants such as Nintendo, Ubisoft, and Konami, to name a few.

ⓒ 2021 TECHTIMES.com All rights reserved. Do not reproduce without permission.
Tags: escape from tarkov Gamescom

Dr DisRespect Loves Escape From Tarkov, Except For One Thing