"Kingdom: The Blood," an upcoming video game based on the popular Korean Netflix series "Kingdom," has released its first teaser.

"Kingdom: The Blood" is set to be a third-person action-horror game. 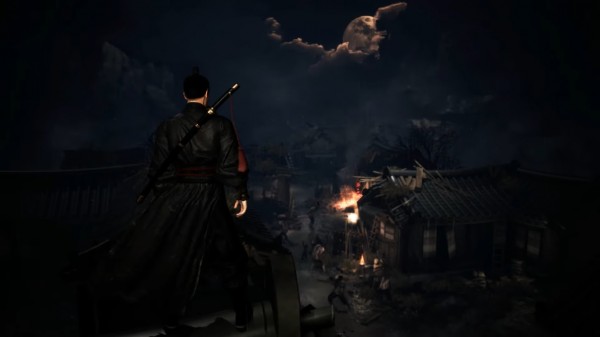 "Kingdom: The Blood" has revealed its first teaser, which has been uploaded by game developer Action Square on YouTube.

The upcoming horror video game is based on the popular Korean Netflix series "Kingdom" that features zombies as a main aspect of its story.

According to TouchArcade, there is not much information that is available about "Kingdom: The Blood," including the game's release date.

What is known about "Kingdom: The Blood" is that it will be a cross-platform game available for both PC and mobile.

"Built on Unreal Engine 4, the third-person action RPG will recreate the world of the original drama with high-quality 3D graphics," according to an article by GamingLyfe.

The GamingLyfe article adds that "Kingdom: The Blood" will be a "manual control-based action RPG adding visceral gameplay throughout each stage of the game."

Watch the first teaser below:

"Kingdom: The Blood" is based on "Kingdom," a South Korean Netflix series whose first season premiered in 2019. "Kingdom" is Netflix's first ever Korean TV series.

The story of "Kingdom" follows the story of Crown Prince Lee Chang, played by Ju, who tries to fight a disease that resurrects the dead as rumors of the king's death begin to circulate among the people. The Netflix series currently has two seasons.

Other Korean series that Netflix has produced since "Kingdom" include the 2018 series "My Secret, Terrius."

"Kingdom: The Blood" is the latest addition to an already long list of zombie video games that gamers can enjoy. Popular video games and video game series include:

Left 4 Dead - Published by Valve. "Left 4 Dead" was first released in 2008 and follows the story of four survivors trying to make it through a pandemic outbreak.

The Walking Dead - Based on the comic book series of the same name, which is also the basis of the popular TV series, "The Walking Dead" was first released in 2012.

Other zombie video games include "State of Decay 2," "Dying Light," and "Plants vs Zombies."

Netflix Set To Launch In South Korea In January: Report