CryptoKitties vs. Axie Infinity: How Can Breeding Cats Help You Earn Compared to Battling to Reach Quota

CryptoKitties vs. Axie Infinity has been a massive match-up in the making, particularly because NFT games have been popular in the past few months. Instead of fighting one's way through different levels to earn quotas and NFTs, "CryptoKitties" offer a more subtle approach of earning by breeding a pet cat.

However, there are other ways to earn via the platform, and that includes mini-games like catfights, puzzles, and other alternatives to pet breeding.

"Axie Infinity" and "CryptoKitties" have been in close competition in different top 5 NFT game charts, being those of the earliest titles that promote gaming on a blockchain. These two have been competing with each other, but which is the better one? 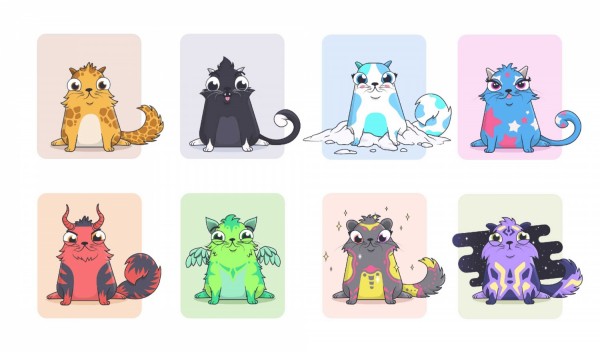 "CryptoKitties" was made by Dapper Labs, and it is one of the earliest non-fungible token (NFT) games in the industry, having been available since the early beginnings of it. It uses the Ethereum blockchain and has offered an experience that borders on the feline animals.

As an NFT game, each cat has a value, and the way that a person breeds it will be the basis of how rare or special it can be. Each cat would also be decentralized, meaning that it cannot be deleted or stolen unless it is traded off with other NFTs, or to cryptocurrency.

The game borders on breeding these feline creatures and it would base on their attributes and certain levels, on what its outcome would be. The level or rarity would depend on the parents, and this would prize one with a special NFT which they can trade or exchange.

And unlike "CryptoKitties," "Axie Infinity" is the kind of game where users need to fight their way into earning and go to different levels of putting axies head to head with enemies. "Axie Infinity" is a quota game, and it needs a certain amount of time and effort to earn the same SLP which one needs.

The controversy with "Axie Infinity" now is that people are practicing "HODL" or "hold on for dear life" on their SLPs, and do not want to trade it or cash out. This makes the coin's circulation a problem now, especially in places where they focus on Axie as their main source of income.

Axie's game focuses on arena battling and breeding the axie creatures as well. However, its main focus is to battle, so that people would earn SLPs.

CryptoKitties vs. Axie Infinity: What to Play to Earn

Both games are focused on earning NFTs and their in-game cryptocurrency. However, the different disciplines make it have different focuses to suit a user's preferences.

If the focus is to earn while battling and fighting around, then "Axie Infinity" is the sure winner. However, note that Axie's SLP is also unstable at the moment.

On the other hand, if the focus is more on a lifestyle and a game that does not need constant attention, then "CryptoKitties" is the best to play.