The HyperX Hockey Challenge has been announced and is set to take place on September 4 and 5, 2021.

Gaming gear brand HyperX has teamed up with TGS ESports for the event.

Participants of the livestream event will get the chance to win cash and other cool prizes as well as the chance to play against the athletes of the National Hockey League (NHL).

The HyperX Hockey Challenge is scheduled to take place from September 4 to 5 via livestream. The tournament has been made possible thanks to a partnership between gaming gear brand HyperX and TGS Esports.

According to GamingLyfe.com, registration for the event is open to U.S. and Canadian players. Registration will close on September 1, 2021. The HyperX Hockey Challenge is a free-to-enter tournament.

"As we bridge the gap between traditional sports and esports, the HyperX Hockey Challenge offers a way to connect gamers with hockey players, fans, and enthusiasts through friendly competition," according to HyperX's Global Head of Marketing Daniel Kelley as quoted by the GamingLyfe.com article.

Gamers and hockey fans who will participate in the tournament will get a chance to win a share of the $2,000 prize pot, along with gaming gear from HyperX.

Related Article: HyperX Unwraps 'Gears Of War' Gaming Headset, And It's As Blood-Red As The Special Edition Xbox One S

What to Expect from the HyperX Hockey Challenge

The two-day HyperX Hockey Challenge will feature the "NHL 21" video game and aims to "bring fans and professional hockey players together."

On September 4, "the four NHL superstars will battle it out while a community tournament, open to anyone in Canada and United States and free to enter, kicks off," according to GamingLyfe.com.

The community tournament will take center stage the next day as the top 16 players from the September 4 games will compete for the prize.

Influencers and professional players such as NoSleeves, Thrash, Herek, Jfear, and Gren will participate in the community tournament as well.

TGS Esports CEO Spiro Khouri said, as quoted in an article by ClutchPoints, "This event is big because it not only features NHL superstars and huge prizes for players. The level of interactivity we can create with PickTGS is amazing and I can't wait for the NHL community to experience it."

The HyperX Hockey Challenge will be streamed live on Twitch. 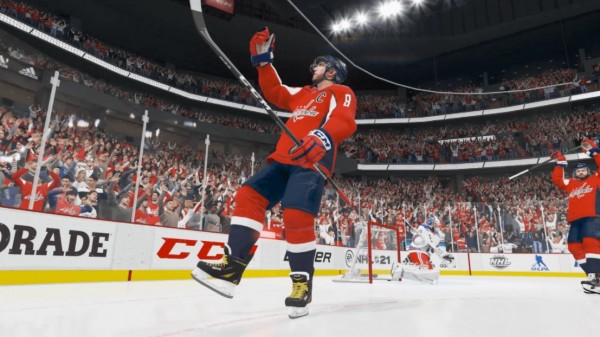 Taking center stage in the HyperX Hockey Challenge is "NHL 21."

"NHL 21" is an ice hockey simulation video game released in October 2020 by EA Sports. It is the 30th game in the "NHL" game series.

HyperX Unwraps 'Gears Of War' Gaming Headset, And It's As Blood-Red As The Special Edition Xbox One S

New HyperX Alloy Origins 60: Everything You Need to Know About This Mechanical Keyboard