Elon Musk, Tesla's CEO, criticized the Full Self-Driving Beta 9.2 of his EV giant, calling it "actually not great." It comes after the billionaire hinted at the plans of his company to produce its humanoid robots. 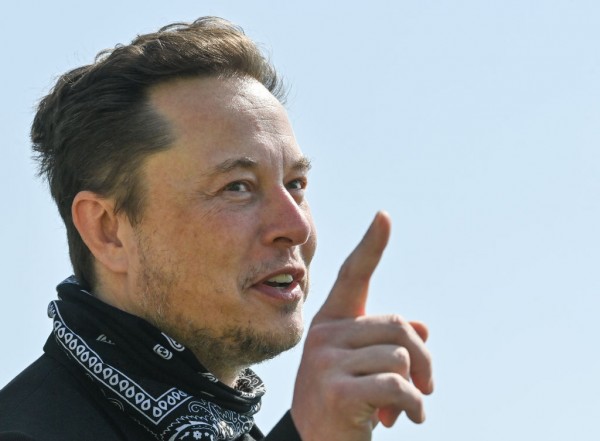 (Photo : by Patrick Pleul - Pool/Getty Images)
GRUENHEIDE, GERMANY - AUGUST 13: Tesla CEO Elon Musk talks during a tour of the plant of the future foundry of the Tesla Gigafactory on August 13, 2021 in Grünheide near Berlin, Germany. The US company plans to build around 500,000 of the compact Model 3 and Model Y series here every year. (Photo

CNBC further noted that the honest opinion of the Tesla exec coincided with the formal investigation of federal vehicle safety authorities of the United States on the Autopilot system of the EV giant.

The CEO of Tesla himself seemed to be unimpressed with the beta feature of its vehicles.

Tesla sells the Full Self-Driving facet, also known shortly as the FSD, in a package that costs a cool $10,000, which could also be broken down into a monthly $199 fee, at least in the United States.

The FSD is a system that seeks to assist the person behind the wheel, allowing Tesla to drive on its own without the need for a driver.

As of writing, the FSD is still in the beta stage 9.2, which is available to users who already had the feature before its release, as well as the employees of the EV company.

It is worth noting that the Tesla FSD Beta 9.2 was delayed due to "some unexpected last-minute issues," according to Musk.

And now, the billionaire exec went on to Twitter, like he always does, to share his two cents about the latest version of the self-driving function. The Tesla exec wrote that the "FSD Beta 9.2 is actually not great," noting that it is his personal opinion.

Nevertheless, Musk assured in the same tweet that the company, through its Autopilot and artificial intelligence or AI team, is working on the improvement of the Tesla feature.

The tweaks are expected to enable a single stack for city streets as well as the highways.

However, Musk acknowledged that doing so will require tedious NN retraining.

Previously, on Aug. 16, the Tesla exec unveiled that the Beta 10 or a much later 10.1 is welcoming the release of "The Button," which will allow users of the EV to download the FSD function in a single tap.

Meanwhile, Musk said that the Tesla FSD 2 software is coming to its customers by 2022, alongside the oddly-shaped Cybertruck, which was supposed to release this 2021.

Read Also: 'Tesla Bot' to Launch in 2022 Says Elon Musk, To Do the Boring, Dangerous, Repetitive Things People Don't Like To

Tesla and US Regulations

The latest critical pronouncements coming from the CEO of Tesla himself happened two weeks after the EV giant was in hot water as the United States safety regulators started the investigation of its FSD feature, according to FoxBusiness.

Related Article: Elon Musk: Tesla To 'Die' If He is Not the Boss-But He 'Rather Hates' Being the CEO