Elon Musk: Tesla To ‘Die’ If He is Not the Boss—But He ‘Rather Hates’ Being the CEO

Elon Musk claimed that Tesla is going to "die" if he wouldn't be at the helm of the electric vehicle giant, but that he "rather hates" being the boss of anything.

If being the chief executive of Tesla is something that Musk does not enjoy, what does he fancy doing instead? 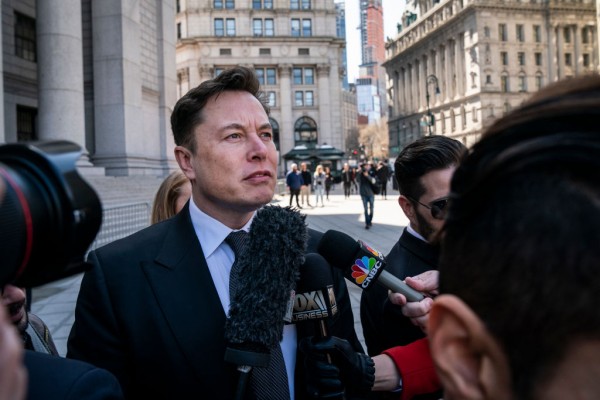 Elon Musk and Tesla in Court

The billionaire CEO made the revelation as he was testifying in court after the shareholders of Tesla pursued suing him, Interesting Engineering reported.

Musk was then defending the move of Tesla to purchase a solar energy company, SolarCity, which was owned by two of his cousins.

The Tesla boss was brought to court by the shareholders of his own company after they accused Musk of conflict of interest. They further noted that the billionaire owned at least 22% stake from SolarCity.

Now, Musk is defending the decisions he made back in 2016. Moreover, he denied the accusations that the Tesla shareholders were throwing against him.

The pronouncements of Musk claiming that Tesla is going to collapse if he leaves as the CEO came as he was being queried about his role in the EV titan, as per Yahoo News.

The Tesla CEO goes on to reveal that, "I rather hate it and I would much prefer to spend my time on design and engineering."

Musk further noted that the latter is what he really fancy doing after all. The CEO also admitted that he personally does not like being a boss even elsewhere.

However, even if his preferences are against his current situation, Musk claimed that his company will go into shackles if not without him at the top, saying that "Tesla is going to die."

After that bold revelation, the Tesla boss did not expound about why his company could not live without him as the chief executive.

Elon Musk and Other Court Revelations

In the same hearing wherein Musk was testifying, he also made some claims that involved the current supply situation of the Tesla Powerwall. The Tesla boss claimed that the production output of the solar energy shortage system is lagging behind the actual demand,

To be precise, he told the people inside the Delaware Chancery court that the demand for the Powerwall is at 80,000 units. On the other hand, the company could only manufacture as much as 35,000, which is less than half of the consumer's clamor for it.

The billionaire CEO blamed the prevailing chip shortage crisis, noting that the production mess is continuing until September ends. Meanwhile, here are the numerous times wherein the Tesla CEO made it to the headlines.