Netflix is reportedly working on its gaming service by allowing subscribers in Poland with Android phones to play two "Stranger Things" games. 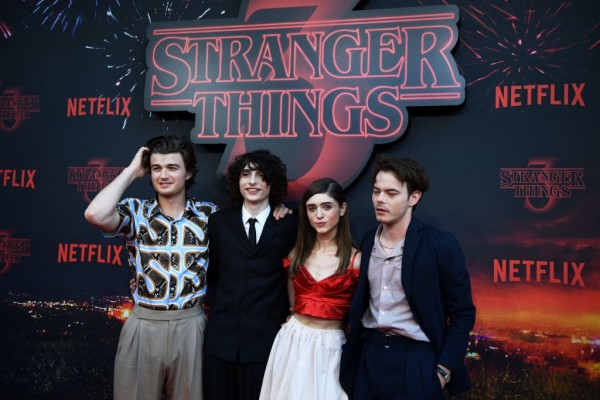 The announcement regarding the testing was released on Aug. 26.

A Netflix spokesperson said in a statement that starting on Aug. 26, subscribers in Poland can try mobile gaming on Android. There are two games available, "Stranger Things 1984" and "Stranger Things 3."

The spokesperson also added that the games are still in their early days, and they will continue to work hard to deliver the best experience possible. They also want to make sure that the games will have no ads and no in-app purchases.

People can get an idea of how the games work via the tweet from Netflix's Polish team. The games will show in your account's feed, according to IGN.

Also Read: Netflix Gaming's Focus is Mobile, To Have a Subscription Service Like Xbox-Will They Expand to Console?

If you tap on the game's icon, you can learn more about the game, giving you an option to download it. If you want to download the game, it will take you to the Google Play store. You can also find the games straight in Google Play.

Unfortunately, according to The Verge, the games can't be streamed. To stream them, you have to download them in your phone.

In July, Netflix revealed its plans to branch out to gaming and even hired a former EA and Oculus executive to lead its gaming work.

Netflix had stated that its strategy would be mainly focused on games for mobile devices. The games will also be included for free with Netflix subscribers, which is similar to Apple's Arcade plan.

This is not the first time that the streaming service has experimented with games. The company offered interactive titles like "Minecraft: Story Mode," "Black Mirror: Bandersnatch," and "Carmen Sandiego: To Steal or Not to Steal."

Netflix had several "Stranger Things" projects in the works with Telltale, the same studio that made "The Walking Dead" games. However, the studio ran into financial issues, and the company eventually collapsed.

The streaming service has not revealed when the subscribers outside of Poland can try the games. However, according to Bloomberg's report in April, the service will launch in 2022, and Netflix will partner up with Sony.

Streaming has been very popular in the past few years. Like with movie and music streaming, more people are willing to pay a monthly subscription just to conveniently access games online.

The downside of this is that the costs add up. When you have a subscription for streaming movies and TV shows, then another for music, and one for gaming, you are looking at $40 a month.