Indie game development studio Flightless has released its new game "Doomsday Vault," where players take on the challenge of rescuing Earth's previous plants in a colorful and relaxing platformer.

Doomsday Vault is now available on PC and Mac via the Epic Game Store and on Steam and Nintendo Switch. Players control a robotic armor that looks like a cross between a Big Daddy from Bioshock and EVE from Wall-E. After a climate collapse event, they explore a ravaged Earth — cracked and damaged cityscapes, waterlogged locations, and abandoned facilities. 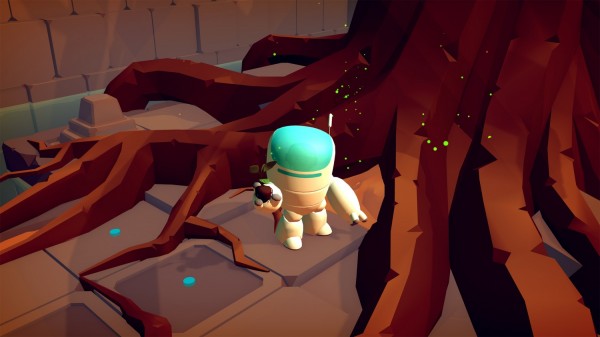 ALSO READ: Human Civilization Likely To End By 2050 Due To Climate Change: Report

The game allows players to explore a post-climate collapse Earth in order to find seeds from various plant species, which they then return to the safety of the titular Doomsday Vault. While there seem to be no human beings or animals left (so far), recovering plant seeds is not as easy and as straightforward as it sounds — there are traps and other AI bots assigned to guard corporate interests.

Players control a Robot Suit that is equipped with tools and abilities, more of which can be unlocked as the game progresses. This suit is used to interact with the environment: pushing obstacles, jumping through gaps, and accessing computer terminals — all used to solve puzzles and go through mazes in search of plant seeds.

Some of the features available to the Doomsday Vault include the following:

Flawless' Doomsday Vault is now available for download on the Apple App Store for iPhone, iPad, and Apple TV devices; the Nintendo eShop for Switch; Steam or Epic Games Store for Windows and Mac PCs.

Flightless is an independent game development and publishing studio based in Mount Maunganui, New Zealand. Established in 2005, it is now a full-time game studio that develops its own IP. With its creative strategy, Flightless designs, develops, and publishes original games with a player-centered focus, and often involves environmental themes. The game studio's commercial work experience includes multi-award-winning projects used for museum and visitor experiences, mobile and online games, and the visual arts.

ITV Releases Retro Arcade Game Where You Can Fight Against Drama, Reality Stars

Human Civilization Likely To End By 2050 Due To Climate Change: Report